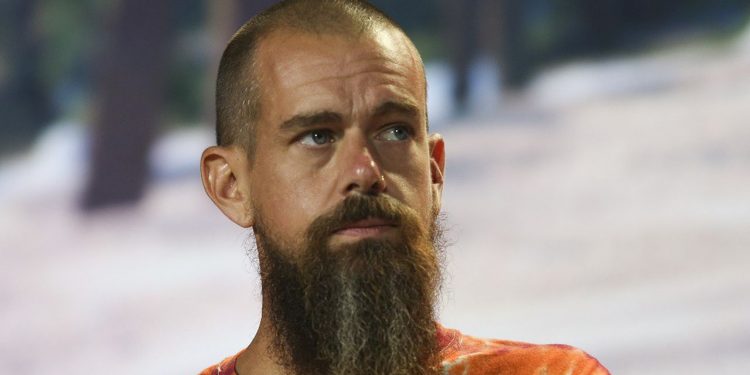 The founder of Twitter, Jack Dorsey, has dismissed eth in a reply to ethereum’s co-founder Vitalik Buterin.

The two started off in agreement with Buterin cautioning against “wealthy people/orgs hostile-takeovering social media firms. That could easily go very wrong,” he emphasized.

“Same,” Dorsey said. “I’m don’t believe any individual or institutions should own social media, or more generally media companies. It should be an open and verifiable protocol. Everything is a step toward that.”

Then some new blockchain project interjected, called DeSo, arguing they’re “solving the issues we see today with social media and the centralization of data.”

To which Dorsey finally comes out as a complete bitcoin maximalist, the one chain to rule all men type, stating:

“If you’re building on ETH you have at least one, if not many, single points of failure and therefore not interesting to me.”

The project in question isn’t building on eth, indicating perhaps that Dorsey already planned to say something like this after he decided to reply to Buterin.

In this coming out, Dorsey is the first new bitcoin maxi with a microphone since 2016.

The bitcoin civil war of circa 2014 to November 2017 ‘formalized’ what was already a subtle regimenting of a bitcoin only preaching by bitcoin holders.

Ethereum however changed that, and with no threatening direct competing vision to bitcoin after 2017, many of the propagandists like Tuur Demeester, ushered in a new era of sorts where the bitcoin only stand was unsustainable because ethereum’s programming capabilities brought to reality what bitcoin could not achieve: fully decentralized exchanges.

Demeester was kicked out for officially declaring bitcoin maximalism as dead, but he was brought back this year at the Bitcoin Magazine conference.

A conference that perhaps best illustrates the weakness of maximalism: there was not one slide with code during the four days of the conference on the main stage.

And these things are code, a lot of it. There are coders that code it. Those coders have power. They can even have absolute power.

Power matters because it can corrupt, yet there was no attempt to keep it to account at the conference by at the very least letting people know that there is such a thing as bitcoin code and what code is currently being worked on.

There was an entire stage just for that, but it wasn’t livestreamed. The mainstage was, and apparently nothing is interesting enough in bitcoin, code wise, to make it to the main stage.

Is then Dorsey stating that code doesn’t matter as that’s the statement of the Bitcoin Maxi conference? That bitcoin has everything figured out even though it can’t scale? That bitcoin devs are super human, enough at least for no one to be able to compete with them?

Or is he just saying that despite his outer appearance or words, his inner desire is to have power as that’s more achievable in a world with just one chain where the devs can be corrupted with no one else able to compete to break those chains?

Because “an open and verifiable protocol” is just code and someone can push to that code. You don’t have to run it, but to meaningfully not run it where it concerns the base layer, you need a new chain that either manages to keep the name bitcoin, or gets a new name.

To Dorsey, and whatever bitcoin maxis remain, the one that would be bitcoin in this scenario is whatever code Bitcoin Core puts out. In other words, bitcoin to him is a handful of Bitcoin Core developers. Ideas, principles, or even code itself, is secondary to that. Which is why the bitcoin conference has no code, because code is whatever the bitcoin client devs say. So bringing it all full circle: a committee with no competition.

Friedrich August Hayek had a very different idea. He thought there can be no good money unless it comes out of free market competition. He said:

“The past instability of the market economy is the consequence of the exclusion of the most important regulator of the market mechanism, money, from itself being regulated by the market process… only competition in a free market can take account of all the circumstances which ought to be taken account of.”

Bankers have a very limited view of this statement by one of the greatest economist of the last century.

They point out to the 19th century when in US banks could issue their own currency which had different values based on the market’s judgment of the bank’s solvency.

They argue this was unworkable because it led to bank runs, and some banks even collapsed, with people losing their savings.

The monetary system therefore was streamlined and the Federal Reserve Banks was established after intense legal battles at the Supreme Court which ended with the then US president threatening to fire all sitting Supreme Court judges unless they declare Fed as constitutional.

We have now thus gone to the other extreme, and not just in US. There is only one monetary system in the entire world, whether in China or Russia, whether in a dictatorship or in liberal democracies, with not one country, however small, having any other system than a central bank monopoly on the monetary system.

We’ve had the great depression under Fed, many crashes in the last century, the boom and bust cycle, and of course the 2008 banking collapse which is the direct cause of governments now being technically insolvent in as far as there’s no way they can pay back their debt through the tax income. They can barely cover the interest on it.

Bitcoin changes that system with the Fed no longer having a total monopoly, but only in a very limited way whereby bitcoin is effectively complementary as it allows the Fed to inflate for the many, while the few store their value in crypto.

Ethereum changes it further. It limits Fed’s monopoly not just in issuance, but in the setting of the unit of account too as a means of exchange.

Something like bitcoin or eth, even at global scaling technical capabilities, would find it very difficult to bootstrap as a general means of exchange unit of account because at the initial stages that bootstrapping process works against adoption as buying a laptop is basically a selling of your bitcoin and eth as the merchant insta converts them to fiat.

Tesla kept it in bitcoin during the brief period they accepted it, but during bootstrapping, bitcoin’s price wouldn’t have the benefit of sticky goods prices and wages stabilizing bitcoin’s price, as legal tender monopoly units of account do.

Making it difficult, but not impossible to bootstrap it for such use, in part because there isn’t quite a compelling reason to use bitcoin to buy a laptop, rather than inflating fiat.

Decentralized finance gives such compelling reason within its space. You need to use eth, or tokenized dollars, because otherwise it is not decentralized as you’d need a fiat bank account and an owner of that bank account who would then be the owner of the defi dapp and so you have a company, not a web3 protocol.

Defi is not an eth idea however. It just arose naturally in 2014 when bitcoin was trying to bootstrap that means of exchange unit of account through getting merchants to accept it, many of which did.

In analysis of those experiments, plenty noted that though bitcoin was accepted, the price was still set in fiat, and so you needed some bitcoin advantage, some bitcoin environment, for that bitcoin unit of account to be used.

Bitcoin’s limited programming capabilities however, and their focus being mainly on narration and so little on code to the point code is no where to be seen, meant bitcoin did not move much on those ideas.

Ethereum did, and now you have billion dollar markets where ethereum is a unit of account, in addition to somewhat new ideas arising of upgrading the whole internet through web3 frameworks that incorporate eth.

Not bitcoin, although Dorsey may well try it with bitcoin, but he wouldn’t be the first. Plenty have tried and the end result is that despite being much older, bitcoin is about five years behind ethereum – and counting – where web3 is concerned.

We start that timeline from the Slockit DAO in 2016. There is still not one bitcoin DAO, let alone anything else.

How can anyone thus be genuinely bitcoin only, when bitcoin has no code and when all this is ultimately just code?

The only code they have is the one Nakamoto wrote. They’ve polished it a bit here and there, and instead of extending his many ideas that he even communicated, including smart contracts, the bitcoin devs gather in a one hour online committee every week and call it job done.

On the other hand it is a bit natural to support your sport team so to speak. Dorsey probably got introduced to bitcoin by maxis, and so he’s just wearing their clothes without much inquisitiveness.

Ethereum is in fact getting close to being valued as much as bitcoin at a market cap of $370 billion, bitcoin being at $780 billion.

There’s still some way to go, but by comparison Dorsey’s Twitter is worth circa $40 billion according to Elon Musk.

Which means the market disagrees very much with Twitter’s founder because it gives eth 10x more value than the social network that banned the sitting US president while it allows Kremlin propaganda even at a time of war.

That banning of the US president happened on Dorsey’s watch, and while he can now claim many things, one must look at actions.

Because he is dissing the only major network where a protocol like social network can be built at least to the limited extent where the account is the blockchain address, so allowing for copy pasta level forking or cloning of the social network in a complete form, including not just the data, but the ability of users to have those data associated with them.

You can’t do this currently as although you can copy all Facebook’s data, you can’t fork Facebook’s user passwords, making your data worthless as users have to start from scratch by creating a new account.

With a Facebook where ethereum is the account, they can switch to NewBook by just typing the domain as the same private and public key would still work.

Something you can’t do in bitcoin because it does not even have a Metamask. The bitcoin only premise therefore is not just mistaken in principle as taken to its conclusion it amounts to a dictatorship, but also in practice because you just can’t have many nice things in bitcoin as they don’t care about code.

While eth is instead mainly focused on the technology. On coding money. The rest will follow, including perhaps even Dorsey once he realizes people are not sufficiently stupid to buy into one chain to enslave all men.

We need more chains, not less. Even more crypto disruption, of cryptos themselves as well as outside it. More battles of code, and even fiercer competition to crack that scalability challenge and to digitize finance.