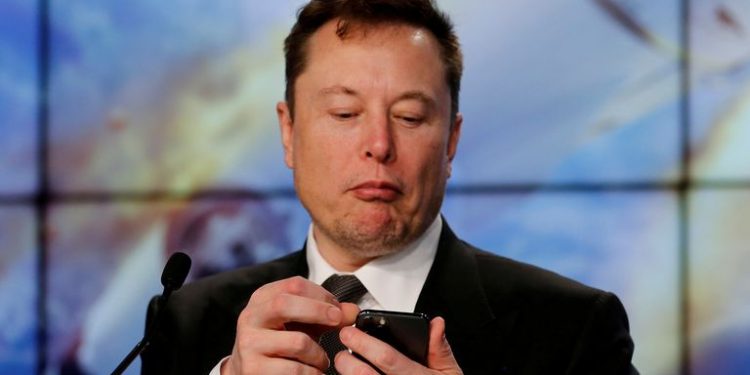 There’s a new titan in the block, from space to internet, cars and now social media as the world’s richest man, Elon Musk, moves to acquire one of the world’s most used social media, Twitter.

“Twitter can be converted to a decentralized protocol over time, which would be the ultimate protection on it being co-opted again,” Armstrong said.

Musk has given no indication he plans such a thing, stating he wants to enhance Twitter with new features, make the algo open source, defeat spam bots and “authenticate all humans.”

And to decentralize Twitter, you’ll have to do something with eth which at the very least would be used for signing in through MetaMask accounts or other extensions.

That would then allow for a complete forking of the platform, especially if the algo is indeed made open source, which would then translate to Musk basically donating to the world the $44 billion price he is expected to pay for Twitter as there would no longer be any moat around it save for whatever network effects the domain name might have.

It is probably unlikely therefore he will go full decentralization, but he might add crypto aspects, although Twitter was doing that already by trialing NFT profiles as well as lab-ing crypto tips.

Musk maybe would be bolder in that crypto approach, but his primary aim of acquiring Twitter probably has nothing to do with crypto.

Instead, after being pestered by spam bots for years, he wants to get rid of them and since he now has a lot of money to spend, he can do just that.

It’s a goal that would come into conflict with revenue bottom lines, with the task of fighting bots being fairly formidable, especially if you tell those bots all they need by open sourcing the code.

Making the current stated pledges more aspirations as far as we are concerned as once he meets the complexities, including regarding free speech, the end result may be significantly more nuanced.

But he clearly has plenty of time at hand despite running a space company, one of the biggest car manufacturer, starlink, and that boring company which is now boringly forgotten.

Too many pies may well mean none in the end as SpaceX courts competition from another billionaire, other car companies try to catch up and overtake, starlink has that Jeff Bezos billionaire competition again, and with all requiring full attention, we now have another big giant company to run.

Which from our perspective means the way to decentralize Twitter is to launch a web3 social network with eth accounts, rather than decentralize the actual Twitter, not least because Musk will be busy and so Twitter won’t eat you up.

At least now we know what he spending his billions on however. One would have preferred spending it on actual innovation or of course on crypto, but he does have plenty of billions more.