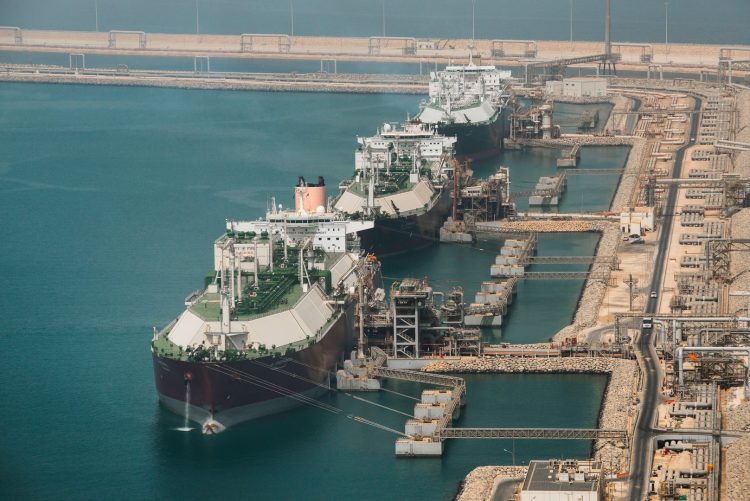 Is it a double top? Not a clear one but that’s what some will be hopping with ramifications for stocks and bitcoin.

Gas prices rose at a near two decade high earlier this month, but they’re still far from the all time highs seen in 2005 at $14.

That was during a very booming economy however, when America was growing at near 5% a year, figures we haven’t quite seen since besides 2021 with it not yet clear whether that was a fluke.

If big growth returns, then these gas levels may become the new normal, but China’s economy is not doing very well.

The speed of these gas price rises, moreover, probably makes current levels seem too high, so we may get a correction here which then butterflies everywhere.

The dollar strength index (DXY) in particular seems to correlate with gas prices. DXY too was far higher in the early 2000s, and has recently been rising to just about cross two decades highs at 103.7.

104 might be significant resistance there, with its rise most likely due to Europe not moving on interest rates, China needing some easing, and due to the increase in commodity prices.

Take out the latter, and DXY might still go up, but not as much as otherwise. Not least because stocks might become more appealing due to increased profits as commodity costs lower.

That affects bitcoin too. Higher energy costs in theory should put a higher floor on bitcoin’s price, but that’s more in the medium term as its effects ripple through.

But only temporarily as there are only so many bitcoins they have and so much in bitcoin savings. Miners that adapt, by using hydro power or solar, wouldn’t be as affected, and so you have a clearing out process.

While that process goes on, a reprieve in gas prices may have contributed to bitcoin rising again to now $39,500.

Stocks are green too with Stoxx up 1.17%, US futures suggesting gains of above 1% for Nasdaq, and even Shanghai sees some green at 0.58%, while Russian stocks are down about 1%.

The red Tuesday is not therefore being followed by a red Thursday, and so all this volatility we have seen may be due to just commodity volatility which, it not being a fixed supply, should start reaching a good balance.

In that case, rather than big dooms, it may well be just a re-structuring of the global economy that may well pave the way for proper western growth as reliable supplies are secured and trade is refocused towards more win win partners that don’t waste our global wealth on little pjutins.