Tony Blair and Bill Clinton to Speak at a Crypto Conference 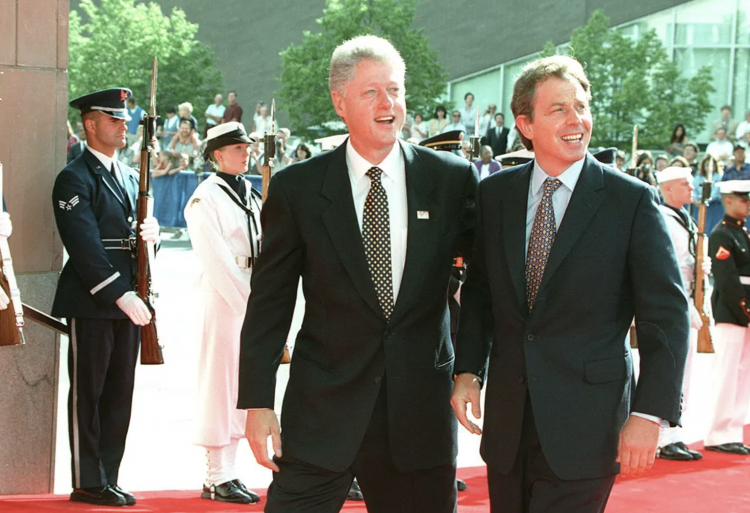 Tony Blair and Bill Clinton in the 90s

The former British Prime Minister Tony Blair will for the first time speak at a crypto conference later today.

Former US president Bill Clinton will join in a session called The World Today at 4:40PM, presumably Bahamas time. That makes it close to prime time in UK at 9:40 PM.

The event will be moderated by Sam Bankman-Fried, the founder of FTX, who has put together this gathering.

The invite only event includes Jihan Wu, formerly of Bitmain, who has not been heard of for some time.

Uniswap representatives are attending. Antonio Juliano of dYdX will also present, with numerous investment houses in attendance as well as other projects.

“I believe that crypto innovations are going to have a transformative impact across many industries,” the Prime Minister of Bahamas Philip Davis said at the opening of the conference this Wednesday.

We can’t see many other politicians in attendance, but Visa’s Senior Vice President Terry Angelos will be there, with Clinton and Blair being the biggest stars in attendance.

Bill Clinton made his debut to this space in 2018 when he presented at a Ripple conference. Since then he has gotten more involved with blockchain, now returning to the crypto stage.

Tony Blair has not even said anything about cryptos as far as we are aware, making this his debut.

Their topic suggests the focus will be more on wider politics, but it is a crypto conference and so presumably they will say something related to cryptos.

“Do no harm,” Bill Clinton said in 2018, while going back to the early days of the internet. The best thing we did, he said, was to leave the internet unregulated as that ushered in an era of boom.

Blair was in power in the early days of the internet as well, and during the Dotcom crash, with the former Prime Minister now acting more as a ‘connector.’

What he will say, remains to be seen, but his attendance clearly indicates bitcoin is knocking on the door of big money.