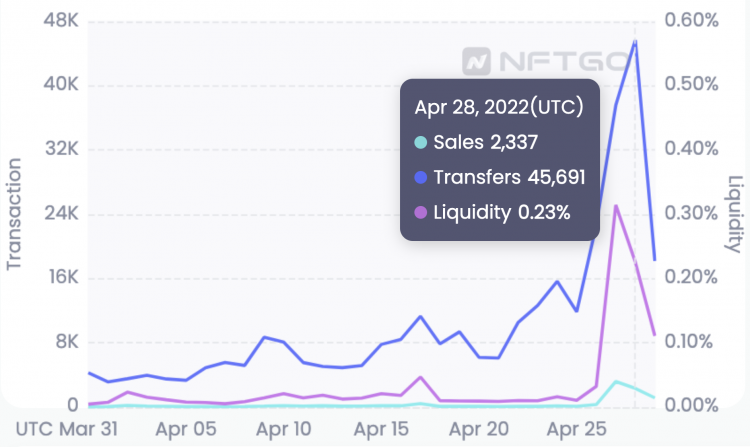 It was bought by a Chinese collector “for fun,” after a 10k club was created which describes itself as “a web3 social club for ENS holders 0-9999.”

For now they have just a discord, but it appears to have been enough for some increased activity as ens registrations spike.

Four letter domains have a far lower floor of 0.06 eth according to PopRank, with these unique tokens usable as a name for your ethereum address.

They have a fungable token as well called ENS, which rose from $14 to $20 at some point this Thursday with it gaining a circulating market cap of $374 million.

The ens-es themselves have a far lower market cap of $20 million, with $2.3 million in trading volumes during the past 24 hours.

ENS isn’t finding much use as a DNS however. In theory, they’re a censorship resistant domain name, like trustnodes.eth, but as a decentralized service they tend to be slow.

They’re seemingly finding use for speculation however, with it to be seen how long these prices levels last.