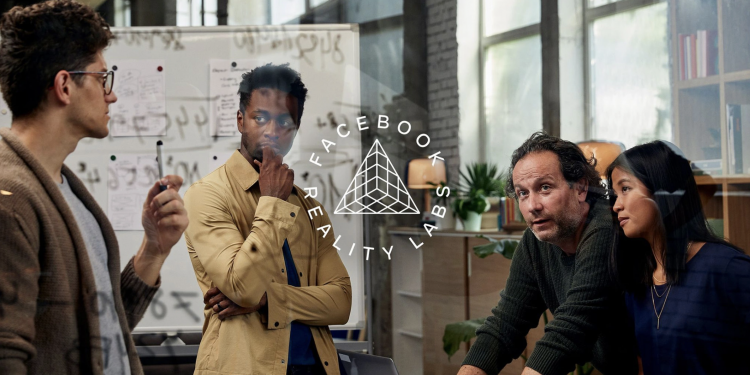 The metaverse as a concept is “pretty ambiguous and hypothetical,” Snapchat’s founder Evan Spiegel said.

But for Facebook it is actual money, with the company revealing an income of $695 million from Reality Labs, up from $534 million last year.

Their losses increased too however according to their earnings report to above $3 billion from $1.8 billion last year as Facebook continues to heavily invest in the metaverse.

“Our other focus for Horizon is building up the metaverse economy and helping creators make a living working in the metaverse,” Facebook’s founder Mark Zuckerberg said in the earnings call. “We expect to be meaningfully better at monetization than others in the space.”

No breakdown is provided for Reality Labs products, but one source of income is Oculus which allows you to augment reality.

Snap’s Spiegel has a different view of AR as opposed to the ‘metaverse,’ stating that “it just changes the way you interact when you can walk around and use your hands, and see computing brought to life.”

They have their own lens, “to build augmented reality experiences for hundreds of millions of Snapchatters.”

The teen’s social network even claims “AR is core to the Snapchat experience,” putting to bed any suggestion that this new medium is just speculative and hypothetical.

“There’s now like 250 million people engaging with AR everyday on the smartphone alone,” Spiegel said. “And that’s on this tiny little screen that you’re looking through and you’re using your thumbs on. So we believe that trying to break some of those constraints, and go into a truly immersive and interactive AR experience, will be really important in the future.”

The big question where this space is concerned is what rails this future will use? Will it be just a mirror of the present moats around Snap or Facebook, or will the rails themselves be some sort of public land, a public commons?

That’s for experimentation and competition to decide, but also for Zuck to cast a fairly big vote.

The man perhaps needs this space to have some of his image repaired, while this space would gain a fairly powerful ally if, where the base is concerned, the rules (say in ethereum’s public blockchain) are respected.

In which case the NFTs and the land can be interoperable, with Facebook making money from the gears like Apple from iPhones rather than from Safari.

This space has to compete itself however, but the NFT standard is fairly irreplaceable in allowing for interoperability between these different worlds and for synergy in an open space where people can build.

In the nascent stages, both are probably very much needed to get the public on board, and so though moats may well follow long after, you’d expect the beginning to be nice in an open and meritocratic manner.