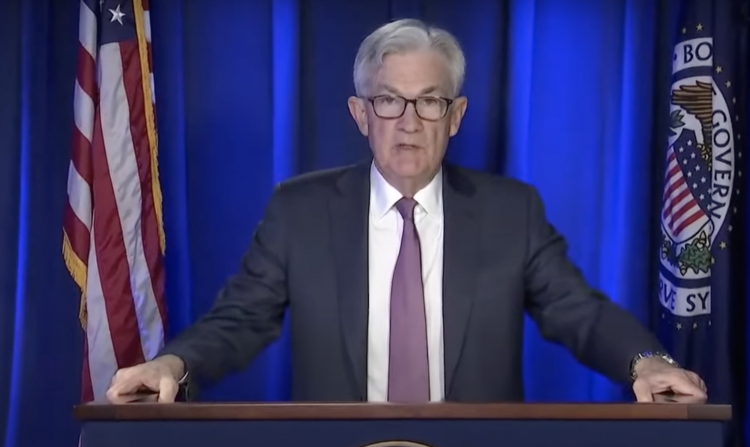 Gas prices have jumped again to near $8.50, their highest level in 14 years, with another 5% added just today in a speedy bull run.

Oil is up too by about 4% as Europe stands on the brink of cutting off oil trade with Russia in a sixth round of sanctions.

The slowdown in China should have kept a lid on these prices however with it not too clear what exactly is going on as the Russian ruble strengthens to its highest level since 2019.

Some shenanigans going on clearly, with it probable neither the rubble, nor oil, nor gas, are reflecting actual market forces but perhaps some sort of engineering.

Where the ruble is concerned, it now being 10% stronger than before the war amid a double digit collapse in imports and an expected great depression era levels of GDP contraction, only makes sense if they’re burning through whatever is left of their $300 billion reserves.

They did raise interest rates to 20% from 10%, so that might be contributing, but from 140 to 66 seems artificial and probably temporary as sooner or later the ruble will have to give way to the forces of supply and demand.

For gas, nothing has quite changed on the ground yet and sanctions on it are not on the table. So going from $3 to $9 in months while much of China’s $14 trillion economy shuts down again indicates some potential shenanigans.

That’s especially as today, neither bitcoin, nor stocks, nor even the dollar strength index, seems to be caring about gas.

They’re meant to in theory because gas is priced in dollars, and so adds to usd demand, while some bitcoin miners use gas so they might need to sell more to cover higher costs.

Yet as with any artificiality, at some point reality just ignores it, with DXY down a bit by 0.2%, while bitcoin has made a surprise return to $39,000.

Fed’s chair Jerome Powell probably has much to do with all these movements. There were rumors and speculation he was going to hike by 0.75%, but now he is expected to raise interest rates by 0.5% later today.

Markets may feel some relief from the news after weeks of antagonizing over it, but there are so many mixed signals here, it isn’t too easy to establish whether there is a potential trend.

Because gas tends to moon during economic booms, with it completely ignoring the first Russo-Ukrainian war in 2014 for example.

Now however just what the economy is doing in the west is not too clear because a lot of the inflation data is due to things like used cars.

That’s not real inflation, and yet that inflation is being taken out of 6% growth in the first quarter, giving us a contraction even tho the economy has not seen these levels in three decades.

And altho corporate media keeps talking about a cost of living crisis, it doesn’t really feel like it, does it?

To the contrary, it feels like the economy is growing decently, with UK’s GDP close to all time high for the first time in nearly a decade.

So these gas prices may be the new normal, and they may well have almost nothing to do with Russia, not least because Russian gas keeps flowing into Europe, while having all to do with the economy making new highs if there hasn’t been a cartel collusion.

Raising the question of whether there is a bit too much pessimism as markets give us data that is a bit all over the place in an indication of some sort of transition.