"We could contribute more Bitcoin to the collateral." 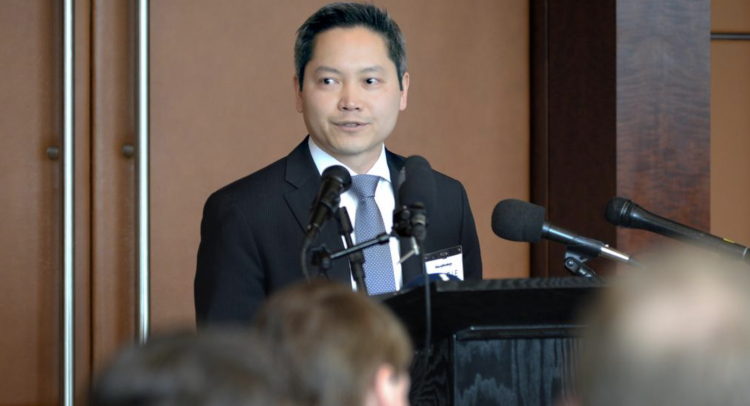 MicroStrategy has close to $6 billion worth of bitcoin bought for about $4 billion at a price of circa $30,000, some of it purchased through corporate bond debt notes and a collateralized loan.

That includes a $205 million bitcoin collateralized Silvergate Bank loan issued in March, with some incorrectly stating this would be margin called at $24,000 as MicroStrategy’s CFO Phong Le says it would never get into a margin call situation:

“We took out the loan primarily so that we could continue to invest more in Bitcoin and also really to create a market for a Bitcoin-backed term loan. So being the first company to do that in the public markets is consistent with what Michael Saylor said, which is really us being a leader in the Bitcoin space in general.

As far as where Bitcoin needs to fall, we took out the loan at a 25% Loan To Value (LTV), the margin call occurs 50% LTV. So essentially, Bitcoin needs to cut in half or around $21,000 before we’d have a margin call. That said, before it gets to 50%, we could contribute more Bitcoin to the collateral package, so it never gets there, so we don’t ever get into a situation of a margin call.”

They have many other traditional loans after raising debt through the stock market in the form of notes, totaling about $2.4 billion, to buy bitcoin.

They have to be paid back and with interest, but according to Le this is very manageable as general business revenue is sufficient to cover it.

“The total annualized interest expense today is approximately $44 million, which equates to a blended interest rate of approximately 1.82% on our entire debt obligations of $2.4 billion,” he said before adding:

“We expect cash flows generated from our software business to be sufficient to cover interest obligations, as they become payable. Additionally, we maintain a certain minimum amount of cash balance to fund our regular working capital needs. As of the first quarter, we had $95 million in cash on our balance sheet. Going forward, we’ll continue to evaluate debt or equity capital raising and other financing opportunities that we believe will be accretive to shareholders, subject to market conditions, and that further our Bitcoin acquisition strategy or optimize our capital structure is needed.”

So the company hasn’t sold any bitcoin and doesn’t plan to sell any with their strategy being to hold them long term.

Because their revenue, $119 million for the first quarter, is apparently sufficient to make them insensitive to bitcoin’s price movements, making the company more likely to add on to their holdings, rather than sell, as part of their profits are sent to bitcoin.