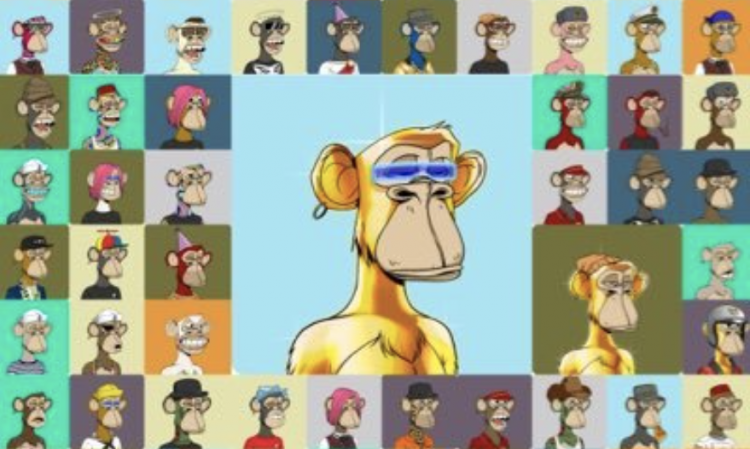 Elon Musk has changed his Twitter profile to a collection of Bored Ape Yacht Club (BAYC) images pictured above.

It isn’t clear whether that means he bought an ape, with some rumors going around he got BAYC #1837 for 569 ETH, or is throwing a punch at NFTs with Musk stating:

The joke presumably being he was able to copy paste some ape jpegs and put them together in one image, so the non-fungable tokens (NFTs) are now to him a fungible jpeg.

Except no one will buy his jpeg for any money because there is no proof of originality or even form of ownership.

If he tokenized it, then maybe some would buy it as it could well be a snapshot of potentially an historic debate on whether NFTs are fungible or not.

It may also be a revelation of a debate at SpaceX following Axiom Space minting some NFTs from the International Space Station (ISS) last month.

Once the only play in town, SpaceX is seeing many other potential competitors get some attention, and so maybe they’re wondering whether they keep being the top cool by NFT-ing.

Alas, Axiom got the low hanging fruit so SpaceX would have to NFT from Mars. Would that be worth something? A snapshot of a moment in time recorded on the blockchain in a provable way perhaps for eternity?

Can you fungible that? The data, the proof, the image that came from the hands of those astronauts, the quirks that may well be contained within it?

You can’t Musky, just as a Tesla knockoff would probably not quite be the same as an actual Tesla.

@elonmusk as much I admire your work I’d like you to remove your pfp that I created for our Sotheby’s sale. Or you credit me 😂. Happy to send you the original file minted with the buyer approval 🫡 pic.twitter.com/e83ZyxWGH5