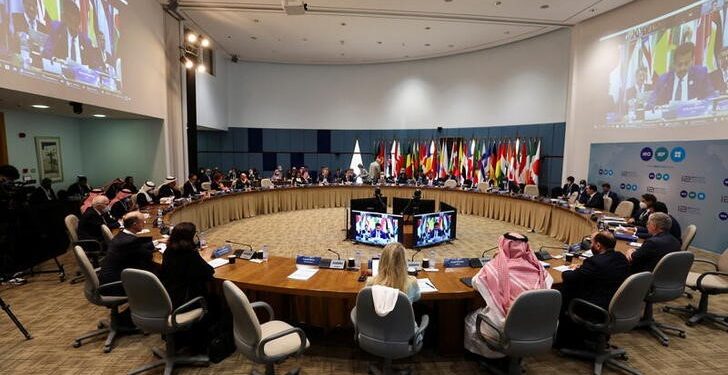 The Powell rally did not last longer than an hour as much sudden green gave way to even more red this Thursday.

The Nasdaq 3% gain is now a 4.5% fall with Dow Jones and S&P500 likewise shedding off all the gains.

European stocks saw some green however, presumably on the back of Mericans buying on Wednesday.

And even Shanghai is a bit green after finally opening following a long workers’ May Day holiday.

Yet this relief rally turned out to be one of the briefest we have seen with endless red seemingly continuing.

The dollar strength index (DXY) instead gets green, up 1% with it about to cross a two decades high.

Russian stocks also get green despite its economy being torpedoed with another hit coming as oil sanctions make their way.

They have not yet however, so Russia’s RTS index gets +2.15% as oil moves.

Both Brent and WTI oil is now at $110, up from about $90 more recently, with both seeing a circa 2% gain today as the OPEC cartel keeps swimming in money with Saudi Arabia seeing a 10% rise in GDP during the first quarter.

Nowadays that includes USA as well, though not part of the cartel, with their shell oil producers cashing in.

So the Biden administration does not appear to be doing much to keep a lid on these prices.

The European leaders are busy raraing at each other rather than circling the wagon on the OPEC.

Leaving just Turkey to maybe show some wit to put some pressure on them, but a more coordinated approach would probably be needed like Macron shouting a bit as well about that whole European strategic stick and carrot while Draghi reminds all that Europe can play chess as well.

For gas, as we predicted this is seeing a bit of a cool after hitting $8.50 resistance, but a trippling in months when no gas flow has been cut off is probably just due to speculation and a lack of diplomacy or strategy on the part of European leaders on both gas and oil.

As the world’s second biggest economic block, you’d expect a lot more muscle to be shown by Europe towards these oil and gas producers who risk being perceived as not acting like allies at all.

Even raising the specter of cutting off tourism to Dubai, for example, should get somewhere if just UK did it, let alone all of Europe.

So the commodities spring is probably temporary as eventually you’d expect Europe to stop being outwitted by Russia on this matter.

And until they do, maybe we’ll keep seeing this red. For bitcoin, all this means the cost of production is apparently now higher than the trading price, which may establish a floor or some sort of a new balance.

Until then we might keep yoyoing, with the economy now seemingly being a plaything of this oil and gas cartel.