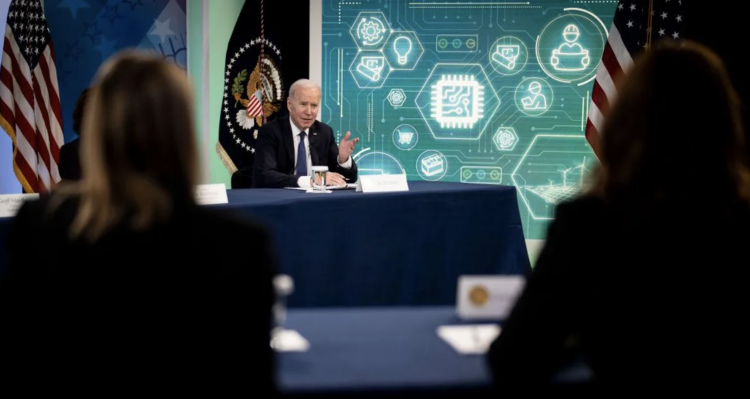 From the halls of obscure agencies deep in the bureaucracy, to the very pinnacle of power, has been bitcoin’s journey and that of the crypto industry since 2013 when the then New York super-intendant was ridiculed as supernintendo.

To this day, the state of New York is treated differently by the crypto industry, often outright banned. Yet New York didn’t change even now a decade on. Will Washington?

Both report on findings by Public Citizen that “lobbying spending attributable to the cryptocurrency sector quadrupled from $2.2 million in 2018 to $9 million in 2021.”

That’s probably not even half of the market cap of the 1200th ranked crypto. Or about half of the speaking fees that Janet Yellen now probably commands, for one speech.

Still, “Crypto lobbying is going ballistic,” tells us the Economist. They have slightly different data:

“Based on public disclosures The Economist calculates that crypto firms spent around $5m lobbying the American Senate in the first nine months of 2021.”

Ballistic. That’s not even one private jet flight to London, rented! Or probably not even enough to cover the fee for Tony Blair and Bill Clinton.

Geeks, what do you expect. Did Sam Bankman even take a look at this Flynn? Besides, his opponent Andrea Salinas is a latino, while Flynn is a white male.

This isn’t racism towards white people or discrimination against men by the way, just politics. Flynn could have worn something as well, just as Salinas did and does by playing the poor immigrant minority card when she happens to have the same last name as one of Mexico’s richest man.

Thankfully, Ricardo Salinas is a crypto bro. Our critique, as such, is nothing personal for we know nothing about Andrea Salinas, including that she may well be crypto friendly too and the primary was not fought on crypto lines.

In addition our critique is not even a critique but more to suggest that if there is indeed a crypto lobby of note, it appears to currently be in a very amateur form.

This paper can not name one victory in the political arena in the United States by the crypto industry. We can name many globally, but the lack of them in US does speak to an iron wall that has the public locked out of the political system.

We got told as much when a SEC official bluntly said “we won’t innovate for you.” Well, F U is the only response to such arrogance by the servants we pay with our own tax money, pay to keep up and innovate too.

Yet, the Securities and Exchanges Commission has changed a bit since 2018. Very subtly in as far as it appears to be leaving us a bit alone after we told entrepreneurs in this industry to just ignore SEC and fight them in court.

Ripple is fighting them in a case that is followed minute by minute by many, with their own little memes and cheers.

But there is a sense that the approach at the very top, by President Joe Biden personally, is becoming more considerate to the point that crypto, at least so far, doesn’t have to be a point in the Presidential election like it was last time when Trump shocked his base by dissing bitcoin.

There was the crypto tax reporting rule under Biden, showing just how hyped up this ineffective crypto lobby is, but on a wider view and at least so far the crypto industry feels less under fire in US, perhaps than ever.

Showing the old left and right divide has evolved significantly because we would have expected a Republican administration to at the very least leave us alone, instead we had the Republican president himself attack bitcoin.

So much the better for the United States perhaps, in that extremely close election, with the public of course being the ultimate lobby, and the crypto public has only been growing.

Who would have thought ten years ago a crypto paper would have said so. In UK for example it fits nicely. The conservatives have done what you would have expected the Republicans to have done while in charge, except for a brief interlude under Theresa May. While Labour, some of at the higher levels support the crypto industry, but we haven’t hear much from Labour’s leadership about crypto.

This is the nice old left right. One a bit colder, one warm, both kind of meh whatever, if it gets me business growth. While in US, just what on earth is the left and just what is the right?

Sidetracked, but that’s the real lobbying. Figuring out just what is and what would be better. Because that’s what the public will vote on, and their votes can’t really be bought, but they can be facilitated.

Especially in California where the crypto lobby, if there is one, meets its test. A local paper reports:

“Rep. Brad Sherman, D-Sherman Oaks, is getting an election fight from several challengers from both sides of the political spectrum this year.

The congressman, first elected in 1997, is up against four Democratic and two Republican opponents for a seat representing the newly formed 32nd Congressional District in the June 7 primary election.”

Hallelujah, because no one cares about this Flynn guy, but people do care about Sherman, the troll.

And it’s arguably with Sherman when crypto politics began. Some galvanized to vote against him in 2018, but the district was rigged and so he was returned as he has been returned for closing in on three decades now in some sort of mechanized non-voting.

There appears to be a new district now and so he may well lose the primary, and only if he does can anyone start talking about a crypto vote or a crypto lobby in local elections.

In national elections, there is now a crypto vote. Marginal perhaps but they can be the difference between winning and losing.

In local elections, it may well be that any crypto vote or a crypto lobby is currently nascent, generally speaking, and a bit amateur since the crypto space is very new to the sausage factory.

But the very direct connection of cryptos to the public can potentially form the base for a very powerful lobby, as the gateway to the wider and more general business vote, or the vote on economics.

The millennial generation in particular is getting informed, both from cryptos and the WallStreetBets crowd or the active digital stock investors crowd, about business basically, and in this case its interaction to politics.

Sooner or later, in what has already began, they will start pushing their muscle because crypto shares with many other industries certain problems.

It’s no coincidence that Elon Musk is a cryptonian. He doesn’t like certain aspects of the public stocks oversight framework that in practice translates to no oversight at all where it matters, like short selling.

The crypto industry has the opportunity to compete with that framework, and as in other fields competition should lead to a general improvement for all investors and company owners or directors.

That’s just one example. Startups have their own problem, in particular a lack of competition with VCs which makes the latter overlords to the expense of the startup founders.

Private mid-size companies are stuck with bank loans and sometime that can make banks the actual CEO. They can go public, but then there’s the Musk problems.

Which is to say viewing it as a crypto lobby is too narrow of an approach as crypto is an industry that permeates many other industries, and now that we have general peace where our own soldiers are concerned, it is probably time for these industries to start pushing for the many economic reforms that are needed because we have tasted growth in 2021 and have to work very hard to turn that into a trend.