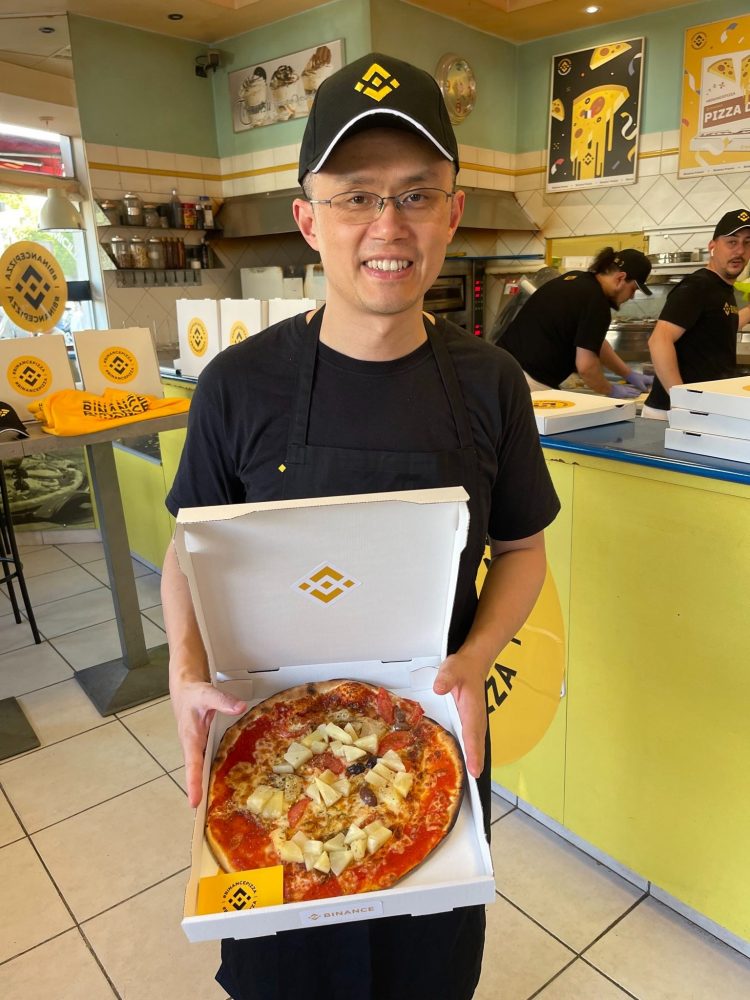 Binance’s founder Changpeng Zhao has lost more money than anyone in the history of the world, says a paper focusing on net worth rankings.

“With the loss of $87 billion in wealth, Changpeng Zhao has overtaken Masayoshi Son’s title as the person who lost the most money in human history,” it says, but is it true?

This figure is from a Bloomberg estimate that assumes Zhao owns 90% of Binance “based on his public statements and filings in regions where ownership is publicly disclosed.”

So they appear to have taken Coinbase’s market cap, added a bit to account for Binance handling more volumes, and thus have sent Zhao from being worth $97 billion in January, making him one of the ten most richest people on earth, to now being worth $11 billion.

Binance came to be through an Initial Coin Offering (ICO), raising money from the public to build the then non-existent exchange.

It raised just $15 million in 2017, in return for 100 million BNB tokens. They are now worth about $25 billion, making Binance a clear example as to why this generation has to keep fighting to overturn the investment prohibitions as loses in 1,000 other ICO investments would have still been big gains if one of them was Binance.

The company kept 80 million BNB for itself according to the whitepaper. Another 20 million, or 10%, was to angel investors.

The complexity here then arises due to the legal status of these BNB holders. The company uses some of its profits every quarter to buy back BNB tokens, in a dividend of sort, so they’re kind of shareholders of Binance.

“Every quarter, we will use 20% of our profits to buy back BNB and destroy them, until we buy 50% of all the BNB (100MM) back. All buy-back transactions will be announced on the blockchain. We eventually will destroy 100MM BNB, leaving 100MM BNB remaining,” they said at the time.

So far, it appears about 40 million has been destroyed as BNB’s circulating supply is 163 million, as opposed to 200 million.

The whitepaper further names six team members, including Zhao. There’s no detail regarding how much each gets, but at most we’d estimate Zhao himself got only 20 million BNB, if not less.

That gives him a net-worth of circa $5 billion, which ain’t bad at all and makes him one of the richest cryptonian.

Also means he isn’t a loser, and certainly not the biggest one, as his networth went from $20 billion to $5 billion. Not great, but all BNB tokens were worth just $1 billion combined in 2019. Still it was worthy of celebration as it had become the first ICO-ing unicorn.

Regarding filings of 90% ownership, that’s in relation to how Binance will reconcile the BNB token with the legal system which hasn’t clarified the status of the token.

That’s in great part because the Securities and Exchanges Commission (SEC) has made a big mess in unilaterally extending the investment prohibitions imposed in 1933 to the very new space of crypto-tokens.

They did so too late and in a chaotic manner, so legitimate global brands are now in a gray zone with an unclear actual ownership structure.

That can be reconciled by the token granting rights to the public stock once and if Binance IPOs.

In which case this would become the first startup now giant that was open to the public to invest since the beginning, something that is almost always not the case.

Alternatively any duties towards the token can be considered as consumed once 50% of its supply is burned, but in a court of law, equity would probably lead the judiciary to conclude that the token is actual ownership rather than a conditional receipt.

Either way, Zhao won’t find himself in a situation where he loses $87 billion, at least for now. And even if he does, Satoshi Nakamoto would probably beat him to what now may be the coveted title of the biggest loser as it translates to a fairly big winner when zooming out just a little bit.