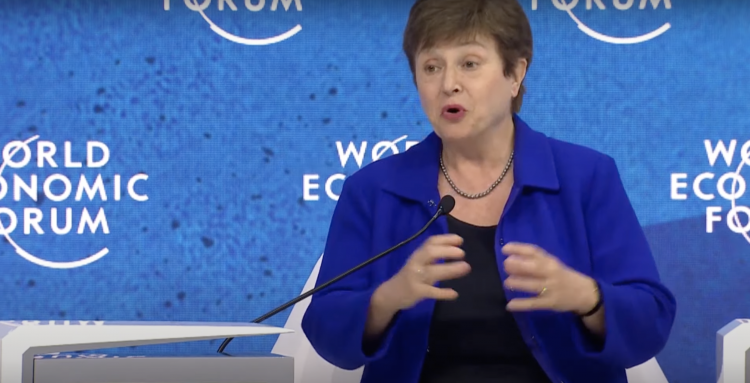 Kristalina Georgieva at WEF, May 2022

The sentiment in crypto is so atrocious that the International Monetary Fund (IMF) itself is seemingly coming to its aid.

“I would beg you not to pull out of the importance of this world. It offers us all faster service, much lower costs, and more inclusion, but only if we separate apples from oranges and bananas.”

The crash of 2022 appears to have hit sentiment somewhat hard with it the first time that corporate investors, which mostly came in 2020, get to see the other side of crypto.

The collapse of Luna is also a first of its kind where there is no hope as such of it ever gaining again.

Usually a crypto asset might crash, but there is hope it will bounce. Not with Luna and UST, which after dropping to one cent, fell another 100%.

Some $40 billion has been whipped out by it, and a lot more by the fall of other crypto assets, including bitcoin which remains below $30,000.

A lot of cryptonians therefore have lost quite a lot, with the fall this time appearing to be somewhat too quick as many ‘alt’ coins or tokens are down 90% already.

That usually happens at the end of bear, in autumn or winter, but this time it’s spring that already sees minus 90% and more in tokens like dYdX or Gods.

Which makes this crash more brutal than many others, with some leaving the space completely after getting rekt.

Alas nothing has changed fundamentally. One bitcoin is still one bitcoin and not even something like Luna can change that.

What has changed fundamentally may well be the fact that the IMF director now seems to appreciate crypto.

We’ve only seen gloating from many other dinosaur bankers who are crashing public stocks, with Georgieva so seemingly standing out to give a different message.

There are many crypto projects in Davos at the sides of the WEF gathering currently giving that different message too.

Yet the mood seems grim. There’s some sort of confusion as to why our stocks are being crashed by corporate investors that own 80% of them and have been selling, seemingly as a matter of policy, with it unclear why a recession is being engineered in USA.

It may well be China’s troubles affecting global markets more widely, in which case it might just pave the way for a mainstreet boom, but the concentration of power inherent in the paper system might also just be allowing them to engage in managed chaos.

That being an exaggerated hysteria by corporate media that all is doom when Europe grew at 5% in the first quarter.

So much doom in fact that the IMF managing director is worried about crypto. When the only doom here may well be that their time to rule with other people’s money is up as the public takes to investing and investing goes public.