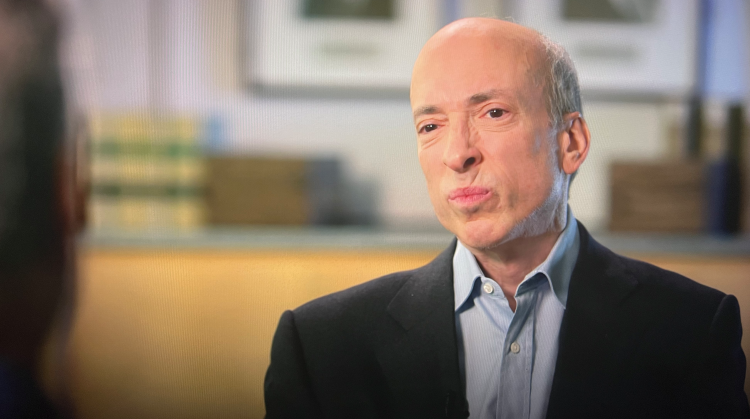 More correctly, our forefathers killed it in 1933 when they passed the investment prohibitions Act which has translated to granting total power to private market bureaucrats and mandarines known as Venture Capitalists.

WeWork, a fast rising company valued at $47 billion at one point, is one example of the immense power that has been granted by Congress to a bureaucratic system that very much controls the private market, especially startups.

Adam Neumann, its founder, grew and grew the company to only be kicked out in part by Benchmark Capital, its first and biggest investor after SoftBank.

The story as told in WeCrashed portrays the sedation in effect of energy itself where this innovative and ambitious company was made soulless after a VC takeover.

Uber’s founder was kicked out too. Steve Jobs was kicked out, though he made a big comeback after, but there’s clearly a systemic trend where at a certain point the energy that led a startup to grow is taken over by in effect bureaucrats, though private market based rather than from the civil service.

And so we now have a very corporate Silicon Valley. Complains about the huge deterioration in the quality of Google’s search results for example, in the home of Silicon Valley startups, the Y Combinator, still has not quite led to a proper search startup.

VCs, which have a monopoly on funding startups, a monopoly granted by Congress, our representatives, wouldn’t want to fund such startup because such startup can’t quite dominate search as Google dominates it.

VCs want new, not necessarily right, and plenty of them probably have quite a bit of influence on Google, so why would they want to go against it.

So elucidating the problem with granting a monopoly by the force of the law as the Securities Act 1933 does. For it leads to a guild and guilds have that reputation because they are unable to adapt and they do not want to adapt as change makes it worse for them.

Yet change still rolls on and the guilds get replaced. That change in this case being crypto. Not necessarily bitcoin or ethereum, but more the open, global, public financial system.

Traditional tech tried it too with crowdfunding, which was killed by the Securities and Exchanges Commission (SEC) with blessings from Obama, and that’s when problems began.

That very SEC tried to kill it in this space too in 2018, but the matter is too important to leave even to Congress, let alone unelected actual bureaucrats at SEC. The investment prohibitions thus simply have to be ignored.

There will be no answer in this matter in the political system. Nice or bad, France or USA, because it is too radical for it to be granted, for these investment prohibitions to just be removed.

The only way instead is to ignore the prohibition. To act like VCs don’t have a monopoly regardless of whatever some dusty paper, written at a time when women couldn’t votes and black people could not sit on the bus, says.

To act like you have a right to raise funds from the public, especially if you have an innovative idea, and ignore anyone that says you are limited to banks or VCs.

Because you aren’t, certainly not in the crypto space and it is now time to expand that to all spaces.

A lot of people will be made unemployed and are being made unemployed in Silicon Valley. They have gotten orders to crash the market, which is crashing anyway, to not invest in unprofitable businesses, fast growing businesses, innovative businesses. Take all that Ark Invest basket and burn it down, as Jimmy Cramer said.

A lot of these people, smart people, capable people, perhaps even very powerful people in front of open source code, will be coming our way.

As such, this space may grow in the coming months like it never has in raw talent. Maybe not in price, but there’s a reason people say they init for the tech. It’s always joked of during bull times. It’s vital during bear.

There’s plenty to build in the crypto space but the most consequential aspect may well be the liberalization of the market from the grip of monopolies or guilds, regulatory or otherwise.

That’s not necessarily a process, more an idea which you act on, regardless of industry. More a perspective that whatever your idea is, it can and perhaps even should be funded by the public from inception.

The blockchain is how you bring it. Stupid or perfect is an irrelevant opinion to the matter that it gives you an opportunity to look at say farming and see how ‘the blockchain,’ how code, tech, our current capabilities, can make at least certain aspects more efficient.

Futures came from farming. There was a whole farmers protest in India fairly recently regarding that aspect of farming finance. In addition, farming is tech too, ultimately.

From supply chains to robotics in manufacturing, the blockchain can be seen more as the child of a drive towards an industrial tech revolution.

Because if even the energy of WeWork could be decimated, imagine what has happened in less sexy industries, like architecture with our grid cities and uniform high streets.

And, for any of these industries to be made sexy, entrepreneurs must talk to the public, not VCs or banks. That’s in addition, VCS can be complementary but very much wolves if you solely rely on them.

The public will fund it. Let them crash what they please. They’ll never crash the blockchain network with its global nodes.

Family offices are in crypto. Smart money is in crypto. Political capital is in crypto too, so at worst you’ll get a fine for breaching the investment prohibitions. No prisons in this revolution, even in China so far.

In fact it may well be the case that if you’re not in crypto you don’t even exist. Put a blockchain, in whatever industry, and let’s change the game.

We continue the fight instead by expanding the application of the rules of our own game. By bringing the defacto overturning of investment prohibitions to all industries, and so by expanding the fight against monopolies to the entire economy.

Macro or micro conditions are irrelevant to this aspect, because there can be only one result by the opening up of the market to the public. A boom in innovation the likes of which we have never seen.