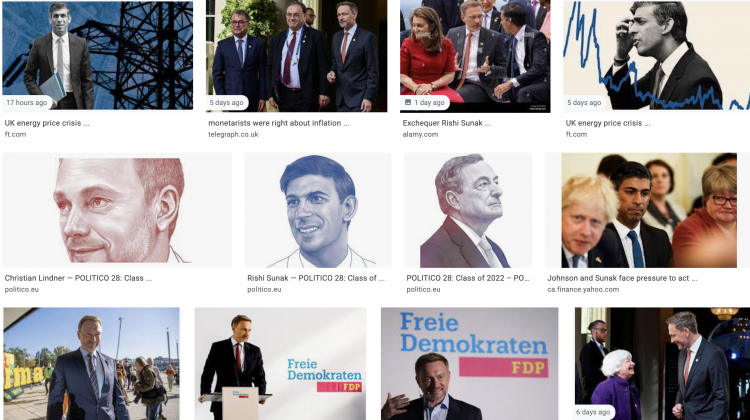 Money, money, money, rings so funny, in this euro blue. Aaa aaaaa, tum tum, we are steaming through.

Billions are set to flood Europe to tackle the inflation crisis, the cost of living crisis, the gas and oil price crises, and the ‘we want to be America too’ crisis.

No more jokes about europoors as Italy, the poorest of the lot, is to give out €200 to anyone with an income of less than €35,000.

That’s now expanded to seasonal workers, domestic and cleaning staff, the self-employed, the unemployed and those on Italy’s ‘citizens’ income.’

Pensioners and workers will start receiving the stimulus checks next month and in July via direct payment.

Italy has further announced a €60 public transport bonus for anyone with an income below €35,000, while Germany has announced a €9 ticket.

For €9 a month, anyone that happens to be in Germany can travel to anywhere in Germany, with no distinction about status – including resident or not – or income.

For comparison, it costs about £200 at peak and circa £70 otherwise to go from London to Liverpool by train. So this is tons of money. Yet, it is estimated to cost the government just €2.5 billion.

Germans in addition will also receive a €300 one off payment. Here too there is almost no distinction, with Michael Schrodi, financial policy spokesman for the ruling party, SPD, stating “44 million working people will be relieved quickly and unbureaucratically.”

Netherlands is giving out an €800 one off payment, though this is limited to the very poorest households. In addition they have cut VAT in half.

Debate in the United Kingdom continues about what exactly should be done. It appears for once the mainland Europeans are showing the way, with an £800 check potentially on the table.

Gas bills are doubling, set to rise by another £800. So an £800 check could neutralize the increase, with it limited to the poorest households if the chancellor Rishi Sunak goes through with it.

There are about 12 million families in fuel poverty in UK. An £800 payment for each comes at £10 billion according to Josh Buckland of Flint Global.

There could be other ways of helping, but such grant wouldn’t leave any gaps, covering in particular those that are on pre-paid meters.

The British government received £718.22 billion in taxes last year. So £10 billion is close to 1% of it, making it affordable.

In addition Europe, including Britain, did not engage in direct check payments during the pandemic like the United States did about three times.

Such measures therefore may be effective at making the public feel like they’re not on their own.

They’ll also be very effective at inspiring new memes where Jonny oopsingly sends his stimmy to bitcoin, rather than the gas man.

Where inflation is concerned, since most of these measures are targeted, then in practice it would amount to the poor in effect putting a tax on those less poor, which not many can really argue with.

It also fairly directly addresses inflation, which is mostly due to the rise in gas and oil, by that rise being neutralized – unless they bitcoin their checks, in which case everyone gets a stimulus.

The other bigger question is whether America will follow. They’ve gotten a huge tax boost last year of half a trillion, but they also got loads of checks already.

Still, inflation relief stimulus checks are now becoming a thing and, quite surprisingly perhaps, they still do work in at least making the public feel like they can get through it.

Feel like Putin has gas, but Europe got the printer and in some magical way that means they can effectively print gas too in as far as gas prices won’t practically rise where many families are concerned and in Germany they’re even getting de facto free transport out of this.

Something that not only goes some way towards cancelling the crisis, but may also make Germany’s economy bigger at the other end of it.