Why there's no GBP or EUR stable? 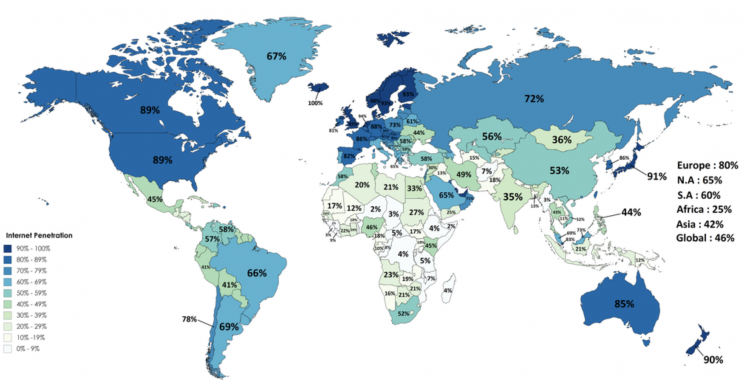 Every country seems to be talking about stablecoins, but it remains the case that only the United States has a stablecoin as such.

China is keeping up its pretenses by issuing another $4 million e-CNY in Shanghai, but that’s not really a stable. UK wants to regulate them, but there’s no pound stablecoin. The European Central Bank made the same mistake of talking about stablecoins as if they have any. But, why does usd dominate and is there room for others?

Why isn’t there a pound or euro stablecoin? One reason is because this field is extremely new. It might not look it when you see there’s $200 billion in Tether or USDc dollars, but that’s only because it is clearly addressing a market need and while $200 billion might seem much, it is still about 10% to 20% of the crypto market.

Measured in time, stablecoins are barely one year old at this scale and only two year old at a market cap above $10 billion.

So they’re very new, with much of the time since their implementation spent on analyzing whether there’s a market for them at all, on whether their methods are sound, and now arises the question of whether there’s room for others beyond the dollar.

In defi, there clearly is because you can trade the dollar against the euro or pound, you can leverage one with the other, and so we’ve seen some movement in smart contract based non-usd stables that are not backed by gbp or eur as such, instead their price is tracked through crypto collateralization – of the smart contract based kind rather than custodial and manual as Luna.

But a Tether version or a GBPc version is not quite taking off. It may well be just a matter of time, but is there an actual need?

We began stabling primarily to set our own rules, rather than be subject to the rules of banks. Not for idealistic reasons, but because banks didn’t like us very much in 2016, closing accounts of those buying cryptos or not offering an account to crypto businesses.

There was also the desire to trade bitcoin in a decentralized manner, with tether finding adoption in crypto only exchanges.

This was at a time when every crypto traded against bitcoin. So usdt had a very uphill battle to secure say usdt/ltc trading pairs rather than just btc/ltc.

That process took at least two years to even begin being noticed, and that makes it the first hurdle for any GBP or eur stablecoin to grow.

In the case of Tether, there was the Bitfinex exchange pushing it. For USDc, there’s Coinbase. Binance has its own bUSD. A GBP or EUR stable, therefore, needs an already established global crypto exchange to back it for it to take off.

The other use for USDt was arbitrage across exchanges. One stable fiat was enough so far for that purpose, but there probably is demand for a non-usd stable in instances where the dollar can not get access for whatever reason.

Yet bootstrapping a stable is difficult, and so should the government push it through subsidies or incentives?

If the pound or the euro are to be relevant in digital finance, then they need a stable and now is probably the time to somehow get it.

One option would be to just wait and see if the market comes up with it, because if there’s a need, it will.

The need here can arise due to the volatility of the dollar against other fiat cryptos. Currently, USD is weakening for example, after strengthening considerably, and so traders may well want to sit on GBP.

They have the option to do so on defi, but not on centralized exchanges. That will probably change as such exchanges look to grow, with those that take GBP or eur deposits in particular having it very easy to tokenize them because they have the pound deposited already and they can manage the tokenization by just having a GBPc/GBP trading pair, like any other trading pair.

The first exchange to do so will probably gain some growth in market share, and so sooner or latter the market will provide the option because a smaller exchange may become big by doing so.

In anything ‘national,’ however, there’s also desire rather than just need, desire to see your own national fiat have some global role.

And so the British government in particular is probably thinking just how, with a new consultation seeming to suggest they’re willing to guarantee such stables without requiring much responsibility.

That would make holding a GBP stable more attractive for traders, but for businesses something like Binance for example or a small exchange would probably have to spend a lot of time and file a lot of paperwork first to issue a GBP stable when they haven’t done so even without having to do all this extra work.

So it would only be attractive if it comes without any requirements at all, and there is the question of whether the British government shouldn’t do just that because everyone assumes anyway these will be guaranteed, at least eventually. The only downside being that it removes some disciplinary market incentives.

Another option would be to directly incentivize the creation of such stables. One way might well be to just ask Binance to do so while Europe can ask Coinbase or Bitstamp. In return obviously regulators will have to be a bit more friendly, which means UK might ask Kraken instead or something like Uphold.

In addition many jurisdictions take the view of tech neutrality, but is that really the right approach for anyone other than USA?

America can afford such tech neutrality because its dollar stable dominates. Can UK afford it, or Europe? What might be the cost of this neutrality? Well, US dominance in crypto just as in tech.

It may well be wiser for UK/EU to consider the diminishing returns of secondary or tertiary stables, and so perhaps they shouldn’t quite be neutral, towards stables or cryptos which give such stables a market.

Instead, perhaps they should give a more favorable approach towards cryptos than traditional finance, because this is an area of fast growth and because even national interests might potentially be involved, like Europe in particular not quite grabbing the internet wave.

That is to say UK/EU need to consider they have to work a lot harder than US, and therefore they should not mirror the US, but instead take into account that they have to offer something more than the United States to even keep at par with US.

They should consider thus that perhaps a tech favorability approach is better when it comes to crypto, because they can not take for granted that they have a role in crypto stables.