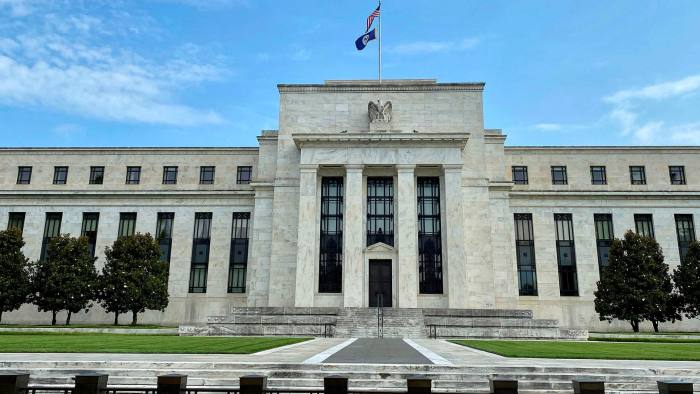 The value of every asset is falling, including the value of the dollar which is being eaten up by inflation.

So are investors trapped, with no escape, as even the value of fixed assets like bitcoin falls, while gold stays stuck at $1,800, losing 10% to inflation?

The macro situation in many ways is perfect for bitcoin as we’re seeing in action the critique it applies in code.

No man or group of men can possibly have all the necessary information to manage the monetary supply. Sooner or later, a mistake will be made, a bust, crash, and maybe even a depression will follow.

That’s even if we account for the best of intentions and discard natural influences, including political expediency.

Thus, as long as there’s a Federal Reserve Banks, there will be high inflation and maybe even hyperinflation. Look at Venezuela. Look at Greek haircuts.

Bitcoin is a fixed asset. There is no man or group of men manipulating its supply. There are only 21 million bitcoin. There can be no inflation in BTC, let alone hyperinflation. To escape Fed thus, buy bitcoin.

But bitcoin’s value is falling against the dollar even as the value of the dollar falls against commodities. So was the conclusion wrong?

Well, if this story had began now, then maybe. But it started in 2020 when Fed began printing its trillions and Trump began giving free cheques to babies, not just once, or twice, but often enough to encapsulate it into the meme of the printer goes brr.

At that point it was obvious what was to follow. Printing money while creating no new value for that money to measure, means inflation was coming.

And so people bought bitcoin, with those baby checks and all the other money they got from the government. Family houses, the very rich, hedge funds, everyone wanted bitcoin.

Now that inflation is near 10%, it looks like no one wants bitcoin, even though this is a fixed asset in an environment of printing.

Except the printing is over, at least for now. In theory anyway. And so prices should come down, and the dollar should buy more, but in months to come or a year, not now.

So creating this apparent disassociation. Where is your inflation hedge now, the dumb say. Well, that inflation is now presumably coming to an end.

That’s what the market thinks anyway, presumably. As otherwise if they thought inflation will keep on at high levels, then a fixed unit of account, and that includes stocks, is an obvious escape.

But if inflation is temporary, then prices have to fall for it to come down, and so we get the stocks crash, the crypto crash, maybe even a housing crash, with oil and gas perhaps also topping.

Making the sitting on dollars a trap only if inflation doesn’t come down, but while the prices of goods are rising, it doesn’t feel so great to see the purchasing power of your dollars fall.

So everyone is getting poorer currently, with no escape. Desert land for solar farms is maybe the only investment, perhaps decent startups, but when inflation hits it seems to ravage everything.

Making the inflation hedge qualities of bitcoin different from the price will go up. It might not because inflation is messy, but bitcoin will keep its purchasing power perhaps better than other assets.

Thus time frame matters. Just as a cold winter doesn’t mean there is no climate change, a fall of 50% in bitcoin’s value after rising 2,000% doesn’t mean it isn’t better money than the dollar, at least for storing value.

Shouldn’t it be the market deciding these things? In addition isn’t the risk, however slight, of hyperinflation a bit too much of a risk to take with all and every possession, making an alternative not just necessary, but vital.

Because the fiat system clearly can trap, even with these still fairly low levels of inflation. That’s the very definition of all eggs in one basket, and thus the fiat system is inherently dangerous.

But, although some say it’s an end of an era of cheap money and we’re now in an unprecedented time, this all looks pretty much like 2018.

Back then Fed was also raising interest rates, cryptos and stocks were down, the dollar was the best investment of the year, followed by the biggest mass money printing in US history.

This time there’s inflation so Fed might not get to such money printing anytime soon, but people can’t be sitting on dollars forever.

Moreover the crypto cycle has happened so many times now, that it isn’t clear just how much of an effect macro really has.

Bitcoin has its own adoption levels, its own factors, its own halvings, with macro probably just in the background as the primary driver may well be the same as always: it rose a lot and so it’s falling because prices go both up and down.