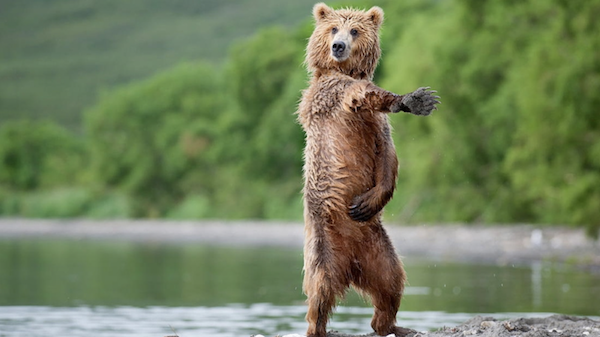 Crypto is dead, Coinbase said in an ad on prime time TV, long live crypto. While at the same time it announced layoffs of 1,100 people. We hired too much, said Brian Armstrong, Coinbase’s co-founder, and so we’re firing some.

Welcome to bear. The most brutal one, discounting 2011, and that’s perhaps because of the size of investments, with $2 trillion wiped out. Enough to make some billionaires into millionaires, like Vitalik Buterin, ethereum’s co-founder.

They worth $80,000 now though. Far too much for some bears who want them to be worth pretty much zero.

The worst of bear is the bull, a very specific type. Especially if this is their second cycle, they may well have spent all of bull on fiat, and may well now be spending all of bear on crypto, to fiat it all just before the bull starts, and hopefully not repeat this naive bullness.

The best of bear is the people that stay. Since there won’t be many newcomers, you get to familiarize with those that came during bull. Small now, humble, accessible, actually happy to talk. In a few months or a couple of years, they may well be leading their own empires of sorts.

We’ve spent years to try and understand why it happens, and we haven’t gotten any closer to being confident in any reasonable answer, but the theme this time of course will be that Powell did it.

And not the man, we may even like the man. He has an extremely difficult job. He may well be making mistakes, but not of a sort that someone else of the skill level you’d expect in his position, wouldn’t.

By Powell we mean the office of course. They printed so much, keeping the economy artificially afloat in 2020, and now they have to crash the economy to retain some purchasing power in fiat.

They doing this to kill the bear right. That’s the point of the central bank, stability, no boom and bust, but is this possible, and are they making both the booms and the busts more extreme, instead of softening them. Alternatively, are they turning the ‘boom’ into stagnation and the bust into an actual bust?

Economists have dealt with these matters for decades and centuries, and we could well look at their books, but it’s probably a matter of opinion in the end. Safety or freedom, innovation or stagnation, mediocrity above booms and busts.

And they want to eradicate the boom and bust, who wouldn’t want just up, up, up, but that’s not possible is it? It is desirable, naturally, but is it a wrong desire, like gluttony?

Wouldn’t it be better if the sentiment was bad enough that people would actually shout at the bureaucracy for its scleroticism. That they’d look at the SEC, and the whole system of public companies for some. That they’d see why medicine is curing nothing. That they’d work to shapen up.

And yet the bear can be so bad that a century on we keep hearing of the Depression like a great evil, something to never be repeated again, but is there really a choice, without that choice amounting to a gradual and slow decline.

That’s the debate in economics and Nakamoto is clearly participating in that debate through bitcoin’s halving cycle. There’s bust yes, but there are proper booms as well. Or you can have neither, and be far poorer than your fathers at your age.

Unless somehow something is discovered which allows for perfection in effect as the central bank intends. A perfect 2% a year inflationary rate while unemployment is low and the economy is growing, with a carrot and stick if it moves otherwise, in a straight up regimentation of the economy where good growth is just as bad as a recession.

An illusion isn’t it, that this can be achieved. That the economy can grow at just the right level, that the purchasing power of the dollar can stay the same even if production is up significantly or indeed down.

An attempt in effect to remove randomness, to not overshoot or undershoot when naturally no one quite knows at what point it is an overshot or under.

And so we get no boom, while still getting the busts. The government debt level however only goes in one direction, in a background statement that there is some sort of limit to smoothing out the busts, or indeed the booms.

And so this crash of bitcoin in the present gives critics plenty of ammo. But in the medium term, it will be the role of the central bank that gets the spotlight, and bitcoin that gets ammo to ask the public if they want and trust, Powell or any other man or committee, to have such almost total power and control over the economy.

Wether they want stagnation with occasional busts, a perfect 2% inflation rate that they never keep to, a gradual decline with no boom, and an end to innovation which may well need this boom and bust cycle.

Whether they want to fight the bear, not objectively, not by changing what the market – the public – doesn’t like or want, but artificially by increasing or decreasing the amount of monetary supply while leaving the underlying problems unaddressed.

That’s an illusion isn’t it, a fabrication because gas might become cheaper, but you won’t have a job to afford it at all.

And if you’re going to lose your job anyway, we might as well have a proper clearing, a proper bust, and if we’re going to have a bust we better get a boom as well.

In the former there’s complacence, things are fine, no need to look out for all the dirt that may be keeping things down, all the deadweight, or indeed all the corruption, all the misleading claims, all the ways that things don’t actually work. It’s growing anyway, $80k so things are fine.

It has halved in the past decade, but in rubles it shows as up and up. So the central bank is giving us only booms, when it is actually giving stagnation with occasional busts, but sugar coated with bigger numbers – units of account.

And so, we’ve learned to love the bear. It’s awful, and plenty would take that $70k to $80k, but it keeps illusions in check, it keeps things objective.

Bitcoin isn’t this great thing that solves all matters, nor is eth. It has problems, and they need to be solved. So cryptonians keep humble, and any exaggerated claims etc are shown for it.

We probably would have liked the illusion however, except like the stability of an authoritarian government, it might not quite last.

And, at least we had a great time. The American public instead might be having another bust after 14 years of what has felt like stagnation.

So what has the central bank achieved exactly? It’s giving another bust when it never gave a boom. Instead of killing the bear thus, it may have killed the bull.

And we love the bull even more than the bear, far, far more. So if the choice is between a bear now and then with a lot of bull, or only a bear with just a time distance in between, then the appeal is clear.

So love the bear and worry more when it fully disappears as at that point the bull may have actually ended.

Though nice it would have been of course to get a supercycle, but with NFTs reaching their end and defi bearing for two years, you need to go a bit down to go up. And since crypto remains fully market based, there’s no one to pretend we’re not going down by removing say 10 million bitcoin to force the price up.

Is that good, what Powell is doing right now for example? Too much growth so crash it. Too much printing so burn it. Isn’t a fixed supply better where the unit of measurement itself does not change?

The public has given the answer. They instinctively feel something like bitcoin is very different from the dollar. It goes up and down, but it’s at least authentic, objective, it’s an actual market with the value decided by the people. And so a poem, The Concerto:

The wall street boys,
in panic force,
and Putin stands,
in graves of posts.

There Boriso,
Cobra to call,
a crises eh,
to unfold.

The economy, collapsing here, in Shanghai’s port;
and the bustling, San Francisco, now dances and sings no more.

So watch you men,
the present stand,
for us tomorrow,
to unrepeat again

What shout to do,
what rage to have
the concerttoo,
of animals insteeaadddd.

We’ll sit out here,
and watch like appes
gloat to our code,
we were right you goat.

Dance and thus,
in misereh,
or the spaces are,
are come here.

Cry you all,
and panic forth.
Our code will free!