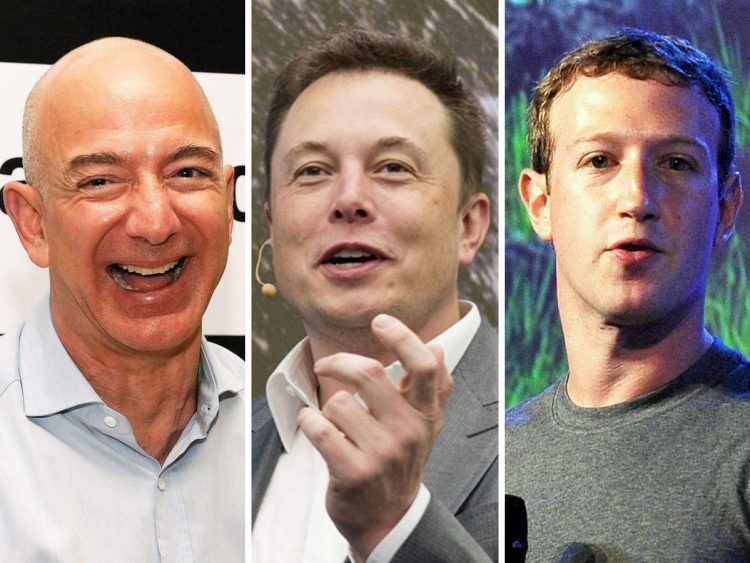 The world's three richest men sold billions at the top

The world’s richest people may have topped the stock market with relentless selling in 2021 that amounted to 80% higher than the average for the past decade.

The presidents of the Federal Reserve banks of Boston and Dallas, Eric Rosengren and Robert Kaplan, joined them in selling all their stocks in September 2021 due to “ethics” concerns.

The Walton family disposed of $6.2 billion in Walmart stock, while Google co-founders Larry Page and Sergey Brin have each sold roughly $1.5 billion worth of shares in Alphabet.

Most of it was around November and December with an estimated $70 billion sold by billionaires in 2021.

The spark ostensibly was a 5% new tax on income above $10 million, with that income including capital gains.

So they wiped out trillions just to not pay a little million more, with this orchestrated sale by almost all founder billionaires most likely being the immediate cause of the November top and then the crash that followed.

That’s because they tend to have a lot of shares in their own company, and they tend to sell them fairly quickly once a decision is made, flooding the market with new supply.

Demand can’t keep up with the sharp rise in supply, so sentiment changes and then bear forces take over.

That has usually been the case in crypto with ethereum’s co-founder Vitalik Buterin having a knack for tops.

That’s probably because he causes them, with the primary effect of new supply so getting compounded by the fact the public becomes aware they’re selling, and wonders whether they know something the public doesn’t.

In addition, the orchestrated nature of the billionaires’ sale probably amplified concerns as others echoed and wondered.

Raising the question whether the market crash is just sentimental, a one off orchestrated sale that presumably has been absorbed, though the effects are being felt only now.

As the new tax rate has come into effect on January the 1st, there is no longer some external factor to make them sell. Reducing new supply on the market and so reaching a new balance.

But they did sell a lot, and pretty much all of them sold, including Jack Dorsey and our very own Brian Armstrong, Coinbase’s co-founder.

That gave the government a tax boost of half a trillion last year, but it’s ordinary investors that are left in the cold as their pension portfolios dive, with it unclear in the end who exactly is paying this tax.