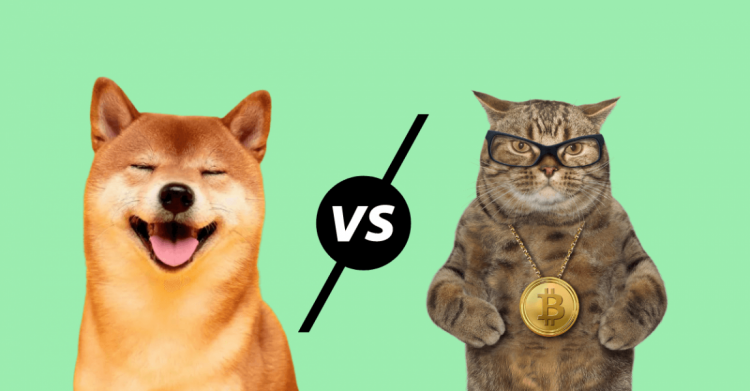 The joke currency is apparently not a joke at all according to Peter Todd, a bitcoin developer, who has suggested that bitcoin should follow the Dogecoin approach of endless inflation with no more halvings.

In a statement to the bitcoin developers mailing list, Todd proposed the implementation in bitcoin of an infinite fixed block reward.

“A fixed block reward does not lead to an abundant supply. In fact, due to the inevitability of lost coins, a fixed reward converges to a stable monetary supply that is neither inflationary nor deflationary, with the total supply proportional to rate of tail emission and probability of coin loss,” he said.

Bitcoin currently has a four year halving cycle where the block reward drops by 50% until eventually the protocol no longer gives any bitcoin to miners.

Miners instead will have to rely on network fees, but according to Todd that doesn’t work:

“The historical reality of transaction fees is they’ve had huge swings, about 10x more volatile than total miner revenue. In the past three years they’ve ranged from $8.4 million USD/30-day-average to as little as $140k/30-day-avg, with the current amount being $370k/30-day-avg. That’s a 60x difference.

We want mining to be is a boring, predictable, business that anyone can do, with as little reward as possible to larger scale miners. That’s what you need for maximal decentralization…

Fee revenue is obviously doing a much worse job of achieving that goal than subsidy revenue.”

The proposal was criticized on two fronts. First, on practical grounds, a number of devs pointed out that you can’t quite know the rate of lost coins, therefore you can’t set an inflation rate that would replace those coins to keep a fixed limit of 21 million bitcoin.

But “tail emission will asymptotically decrease the rate of inflation to zero, at which point the increase in coin exactly matches the amount of coin lost. The rate at which coin are lost is irrelevant,” Zac Greenwood says.

The second criticism of the proposal was by ZmnSCPxj (an anon dev?) and we’ll present it at length:

“The reason to object to perpetual issuance is the impact on censorship resistance, not on price.

But the block subsidy is still issued whether or not coins being moved are censored or not censored.

Thus, there is no incentive, considering *only* the block subsidy, to not censor coin movements.

Only per-transaction fees have an incentive to not censor coin movements.

Thus, we should instead prepare for a future where the block subsidy *must* be removed, possibly before the existing schedule removes it, in case a majority coalition of miner ever decides to censor particular transactions without community consensus.

Fortunately forcing the block subsidy to 0 is a softfork and thus easier to deploy.”

Bram Cohen, another dev that hardly codes for bitcoin with his github bare too, also argued that “relying completely on transaction fees for security is likely to be a disaster.”

A Social Attack on the Fixed Limit?

Todd and Cohen were some of the biggest proponents of maintaining bitcoin’s capacity at 1MB per ten minutes, worse than dialup.

They argued that this 1MB data limit on bitcoin blocks was necessary in part to increase network fees so that bitcoin miners would no longer need any block reward or subsidy, instead the network can be secured from transaction fees.

It now appears the small blockers were projecting as they intended to increase the fixed supply, to remove the one key differentiator that bitcoin has not just with all other cryptos, but also all assets known to man.

It is that fixed limit, and the way it was implemented with Nakamoto leaving the project which increased expectations and confidence that it won’t be changed, which arguable saved bitcoin from being flipped by eth.

Eth had, and still does have, twice the inflation rate of bitcoin. It got close to taking first position therefore, but eth could not – and arguably no crypto can quite replicate – the moulding of bitcoin’s fixed limit.

That has given bitcoin staying power, and it is arguably the chief reason why the world considers it to be a fascinating asset, with this singular quality destroying the one legitimate criticism of bitcoin.

It was said early on that bitcoin has no value because you can just copy paste it and launch butcoin. You can not however replicate, at least very easily, the confidence level in the fixed supply remaining fixed, not least because you’ll always be behind bitcoin in the test of time.

On the other hand, Todd says it’s just 0.5%, what’s the problem. He’d be fine with 0.1% as well, maybe even with 0.01%. Anything that removes the word ‘the fixed limit’ for the banks consultant.

But the question then becomes why bitcoin and not dogecoin, a question that may well be existential for bitcoin holders.

The bitcoin community has changed significantly since the blocksize debate of 2015-17. Those that would have opposed Todd and could have used the opportunity to turn the matter into a blocksize debate 2.0, have left, to BCH some and more to Eth.

Those that would have opposed it on the ground of it being a hardfork have now gotten too rich to care, and their chief Mircea Popescu passed away last summer.

There probably won’t quite be a debate therefore, not a public one anyway of the blocksize scale, because there isn’t quite anyone to debate the matter with.

Instead, big blockers will watch with glee and those that went to eth will shut up to see if bitcoiners trip and they get a flip.

Cathie Wood of Ark Invest would instinctively object you’d think. She’s not a techie, so maybe she can be bamboozled by Todd’s favorite saying: “I  want a unicorn too, but can’t have it.”

But, she is not a bitcoin maxi either as far as we are aware. She will wonder without the fixed limit, what does bitcoin offer over eth?

Michael Saylor is a bitcoin maxi of sorts, though not outspoken, and so presumably he’ll go with the flow, but is removing the fixed limit a bit too much for him?

Elon Musk will jump of joy. ‘I was right all the way,’ he’ll say. ‘Dogecoin is the best crypto, and even bitcoin is dogcoining now.’

Then, if the matter goes to the point of an actual fork, it is not clear whether some exchanges won’t use the opportunity to sink bitcoin and crown eth by giving the two different chains the opposite ticker Bitfinex would give them.

The risks considerable, Todd himself may well be open to lawsuits with the judiciary hinting devs can be held liable if they carelessly implement something that causes significant losses.

On the latter, losses are not guaranteed, but it is a simple matter of supply and demand and supply here would increase by 1% a year according to Todd’s proposal.

The community decision making now therefore would be of a very different level than in 2016, and you can be sure even Janet Yellen would comment on it.

There would be the ETNs and ETPs and even ETFs deciding what chain to follow, the big investment houses, hedge funds, rich family offices, with sophisticated systems and huge personnel to be on constant contact with miners in addition to many miners now being accountable to shareholders.

The problem however is that miners would like very much this proposal. Todd himself is somewhat close to the co-founder of F2pool, Wang Chun. A pool that still has 25% of the global hashrate throughout all these years.

A guaranteed reward from the protocol would naturally make mining more profitable, and so this proposal may well be from miners themself, with Todd acting as just the talking head.

Their argument is simple. Fees are not enough to pay them because there isn’t enough network demand, and so holders should also pay them through inflation.

The first question there is why is there not enough network demand? And the answer is because these same miners limited the network to lower than dial up speeds. That was and remains a choice under the now admitted misguided belief that people would use the network no matter what and would pay the exorbitant fees.

They did do in eth, paying as much as $400, but very briefly. Although fees in eth did stay at or above $100 for a year because the network has so much utility.

In bitcoin, capacity can be increased through the implementation of pruning, a solution ready to go but remains unproposed.

Currently miners are earning about half a million dollars worth of 23 bitcoin a day through transaction fees. Is that enough?

In a simple comparison to $10 billion moving a day, it isn’t. But, miners can’t double spend someone else’s coins.

Because he can’t. The only thing a miner can do is make a confirmed block, unconfirmed. That’s for 1 block, maybe 2 if he/she really tried, perhaps even six blocks with huge planning and coordination. But, unless it is the miner himself sending the coins to say an exchange, he won’t be able to spend those coins again. Instead, he is just reverting the transaction so the coins go back to the sender.

Half a million a day, or $15 million a month, may well be enough therefore, especially during a bear market. But there’s the wider argument regarding a 51% attack if the cost of securing a $1 trillion coin is just $150 million a year.

That has the counterargument it always had: you can just fork off the miners and send it back to CPU mining if they try to attack the network.

Because bitcoin’s security has a social layer, and that may well be the most important one. The knowledge such an attack would be futile therefore makes such an attack unattempted.

So is half a million enough? It can be, especially without competition in Proof of Work mining now that eth is upgrading to Proof of Stake.

The mining scene would be far smaller however, but miners have plenty of time to address the capacity limit to allow for network demand to increase revenue through fees.

That’s especially considering eth has a mechanism where miners/stakers can be paid through circa 0.22% inflation, but that is removed through network fees being burned, making the network potentially deflationary during high network demand, and so placing network utility front and center.

Without a fixed limit, an inflationary bitcoin can not compete with this smart contracts ecosystem, certainly not in its current state. And therefore it would be extremely difficult to change the limit because it is difficult to see how holders can be persuaded to devalue their own asset to the point of it being close to completely uncompetitive.

But eth would flip so, whatever Todd, Dogecoin it!