Celsius Claims to be Mostly Solvent 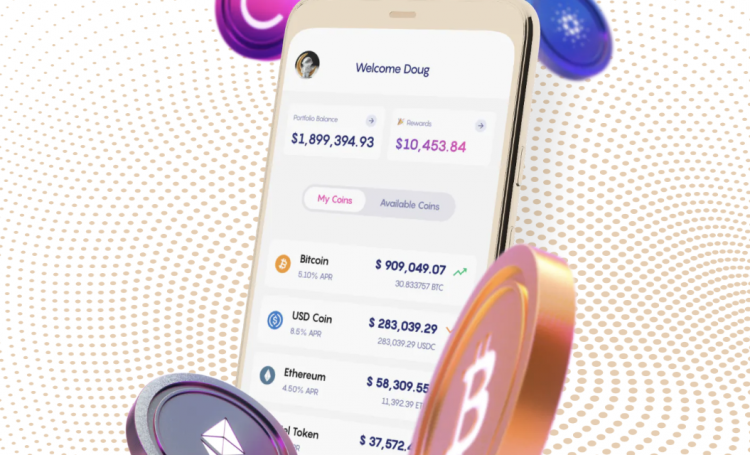 Celsius, the centralized crypto asset investment management platform, claims to have $4.3 billion out of the $5.5 billion owed to creditors.

Alex Mashinsky, the Chief Executive Officer of the Celsius Network LLC, further claims they were able to meet 100% of all withdrawal requests and 70% in seven days during “normal market conditions,” but a series of events led to significant losses.

Mashinsky claims Celsius lost 35,000 eth, worth $43 million currently and as much as $175 million at the peak, when StakeHound announced it had misplaced the keys to 38,000 eth.

In addition the company lost the collateral given to an unnamed private lending platform which was unable to return the $509 million collateral when Celsius tried to repay the loan. They’re instead receiving $5 million a month from this private lender.

They lost $40 million to Three Arrow Capitals which had borrowed from Celsius, but was unable to meet the margin call. The question of course being why wasn’t the collateral sufficient to meet this margin call.

Finally Mashinsky mentions a liquidation of $841 million USDT by Tether which led to a loss of $97 million for Celsius.

Their main assets are 410,421 stETH, worth half a billion dollars, and a mining investment that is currently generating “14.2 Bitcoins per day for the past seven days and generated a total of 3,114 Bitcoin during 2021” with it projected to generate 10,000 bitcoin this year.

The company claims depositors to the Earn program, where they earned interest by depositing crypto assets – some 600,000 users with $4.2 billion in deposited assets – gave Celsius ownership of the assets and the right to use them as it sees fit.

Celsius paid them rewards “based on the rates published in advance, and regardless of the yield generated by Celsius.”

Mashinsky does not claim that this policy led to a disbalance. Instead he blames a number of unwise decisions which he did not specify.

In addition, while he claims they were able to meet all obligations in normal market conditions, he also says there was a “run on the bank” with “accelerated withdrawals of over $1 billion from the platform over five days in May 2022.”

The company faced the dilemma of “either process user withdrawals or transfer additional collateral to DeFi protocols to support its already existing loans and avoid liquidation of its collateral and subsequent additional losses.”

In short, the company was running on fractional reserves, with numerous illiquid investments and losses that ensured all withdrawals could not be met at will.

This was exacerbated by the fact “the Company earns yield in digital assets, but its expenses are mostly denominated in fiat currency.

Such a dramatic reduction in the dollar value of its crypto income created a further spread that hindered the Company’s recovery plan.”

Nonetheless, this Chapter 11 filing that aims to get the company back to normal operations, is tame in the grand scheme of crypto history.

The actual losses, if the unaudited balance sheet is to be taken at face value, are minuscule relative to the overall crypto market cap at just $1 billion.

The general cause of the losses also appears to be more due to the lack of procedural sophistication, which perhaps should be expected for a barely two years old industry like defi.

Much of this probably could have been avoided by simple categorization. Depositors could have been given the choice of ‘liquid’ earn with withdrawals at will, or fixed and unwithdrawable deposits for 2, 5 or even ten years.

Banks do this. Instant savings account, or fixed for two years. The former has far lower interest.

The company instead seems to have mashed all things together, with it unclear how they could have ever met 100% of withdrawals, as Mashinsky says, when the fundamental problem here is that they treated illiquid investments similar to liquid investments where end users are concerned.

Both may be good and even great investments, but in the short term they’re obviously terrible investment in as far as instant liquidity is concerned.

Which leads to the conclusion that, based on the evidence available presented in the filing, there does not appear to be any impropriety and the losses in this specific case are of the level, historically speaking, that indicates considerable maturity in the crypto industry.

One may also suggest it is a good reminder for the class of 2022 that if you do not actually hold your asset yourself, you’re at the whims of others. Not your keys, not your crypto.

And it is precisely because you have to risk the abuse – intentional or otherwise – of trust in the good management of an intermediary, that we have come up with the entire space of decentralized finance where your mistakes are only your fault.

Yet, in the perspective of crypto history, we are slightly impressed that the mistake appears to be so benign and primarily due to lack of experience.

Because primarily what appears to be happening here is those that thought they were short term investors that can withdraw at any time, happen to be long term investors with forced holding having its own benefit, especially as nearly half a million eth is part of it. But they say:

“The Debtors are aiming to file a plan that will provide users with choices and enable Celsius to return to normal operations. To fund plan recoveries, the Company may sell one or more of its assets and/or consider an investment from third-party strategic or financial investors in exchange for equity in a “reorganized” Celsius.”

By choice presumably they mean whether they want the funds in crypto or fiat, and maybe even in stETH or ETH.

Arguably Celsius could have managed all this a lot better, by communicating this balance sheet before now, and by giving proposals to investors on how this could have been handled internally with haircuts.

Involving the court system may slow down matters significantly, perhaps years, when they could have proportionally redistributed the stETH themself, in stETH.

The longer term investments then could have been distributed more gradually, with creditors likely showing an understanding of the fact that they may well have lost just as much if they were managing the assets themselves.

Raising the fundamental question of whether this is a real bankruptcy or just a very confused management team because they were handed money to invest, and they lost some as investment managers sometime do, and thus what exactly is the bankruptcy?

It is unclear thus why the court was utilized, instead of the assets with the losses being distributed accordingly, in addition to beneficiary ownership in the longer term investments like bitcoin mining, unless the Celsius management team thinks their clients can only gain and never lose.

But, this was clearly a very confused platform from the outset, with it unclear how the team thought they could give a fixed APR regardless of earnings.

No investment manager that continues to operate has ever considered such foolishness because the APR depends on performance, and that APR can be green as well as very red.

Which means instead of a happening we just have a very confused management team that unicorni-ngly seems to think there can only be green for their clients, or bankruptcy.

That also means none of this reflects on crypto at all, but this specific investment management team, which seems to think that because this is crypto, red does not apply to their clients.

That’s presuming of course that the unaudited balance sheet is correct. If it is, many of their clients may have been liquidated 100%, especially if they were 10x gambling on leverage, making this risky deposit to Celsius still potentially safer.

But process wise, this platform is a mess, and regulators may well say that’s why we need to bring rules.

Where custodian services are concerned, like Celsius, rules themselves are not objectionable as there is a fiduciary trust based relationship, trust that can be abused, but what sort of rules, might be objectionable.

Self custodian services like Compound don’t need such rules because there is no trust involved, but considering the minuscule losses for this custodian platform relatively speaking, it may well be desirable to let them be subject to market forces for some more time to see if they might come up with something new considering a lot of the rules have not been looked at for decades or centuries, with this new space giving an opportunity to look at matters afresh.

Because this isn’t a bankruptcy, in our view. Just a confused team that can serve as a market disciplinary clog to both investors and providers who may engage in better risk management, unless they too want to get burned.