The first of many? 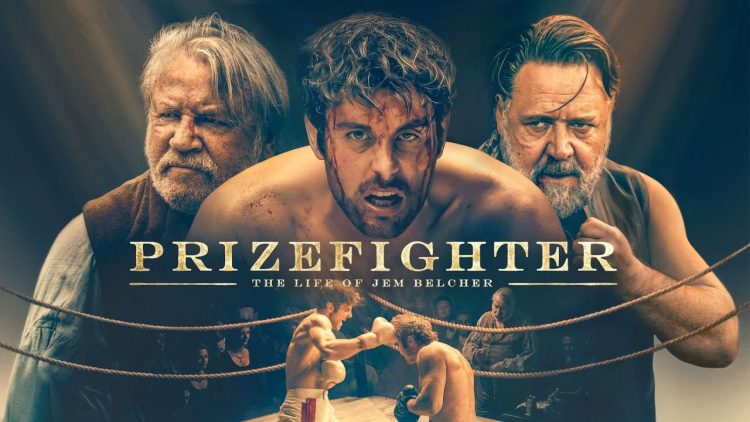 The fight of the century, well the forgotten one. That’s the story of Jem Belcher told in a movie partially funded by the new digital frontier of NFTs with Prizefighter: The Life of Jem Belcher currently showing on Amazon Prime.

The one hour and thirty minutes long movie tells the story of the birth of boxing in England in 1809.

We get with it the usual depiction of gone eras as dark, dirty and poor, while high society is sex thirsty and mostly drunk.

But, the boxing part, the training, and the very human story, is as modern as it ever was.

A movie different from many others, ends in a high note of brotherhood in effect. Respect for opponents and even admiration, even in defeat; an attitude shared since ancient times and remaining still that innate response that elevates man above the game.

Far less ancient, though not necessarily in substance, is the method used to partially fund this film based on a true story.

NFTs, three of them were sold for one eth each at the peak of prices, with James Mackie, Team Lead at Moviecoin, stating they contributed 2% of Prizefighter’s funding.

Their aim is to sell NFT artifacts from the movie, with physical delivery, so as to open up funding of film production with numerous auctions ongoing on OpenSea.

“At the last minute we managed to pull in the funding with James’s help through Moviecoin NFTs as Russell Crowe had to get to Malta and certain costs had gone up,” said Matt Hookings, the writer, producer and lead actor in Prizefighter.

The funds raised from NFTs are just $15,000 with a Uniswap pool for Moviecoin, where they’re selling Movie tokens, also having just about $80 in liquidity.

“Little pool, we tick away in the background building for now, was nice to work with the Prizefighter team and also Mark O Connor of Oui Cannes.

Hopefully as we push more updates and have more on board we can grow more,” Mackie said.

Mackie himself is an actor, with his IMDb profile showing he played in the Obscure Life of the Grand Duke of Corsica (2021) and The Pebble and the Boy (2021).

“We are privately funded,” Mackie said. “Handy as it’s given us the ability to put money where our mouth is before asking the community. As we build and show the proof of concept works then we hope to see more interest in tokens and NFTs.

The key, and the part which will show adoption is when movies we work with generate profit for holders.”

Each NFT holder receives part of the profits from the movie, with the first distribution expected by the end of the year.

“Our goal, eventually is to fully fund and thus pay a direct share % to those funding,” Mackie told Trustnodes.

Making this an ambitious project, though very much at the very beginning, with it launching just in January as the bear was about to start.

They haven’t thus gotten as much attention as they might have done during buller times, but another reason might be that something like this has been tried a few times without much success.

There was Tatatu, with huge backing, which promised blockchain entertainment and yet got nowhere.

But instead of movies on the blockchain, Moviecoin appears to focus on just the financing part of movies, and that’s very interesting.

Frans Afman, a banker from the Netherlands, developed a new system for film financing, revolutionized independent filmmaking in Hollywood.

This led to what some may call the heydays in the 80s and 90s, with Afman funding movies like Rambo, huge hits at the time.

The story so showing that the problem is not that creativity has somehow vanished, or that this generation can’t meet the feat of previous ones. The problem instead is that funding movies is simply legally locked into banks or wealthy families.

NFTs are a tool to break that gate. Previously it was just tokens, now they have jpegs, but the form is far less relevant than the opportunity to return to the public the funding of culture and art.

The Securities Act 1933 prohibits that, but in this matter there would be constitutional objections as no government institution can interfere with free speech itself, and that’s what a movie is, a book, and books are windows to the world.

It should be us thus, not bankers, that decide what stories are told, not least because bankers had their run and they appear unable to recover from the downfall of Afman and the banking crash that then followed in 2008.

NFTs, at least to us, beyond having the potential of being actual new digital art, are also a method to bring the investments liberalization to the art world, just as we have done in this space.

First with ICOs, then with airdrops, our willingness to ignore the Securities Act 1933 has brought huge innovation to the frontiers of computer science, including the invention and development of zk technology.

Doing the same to culture will likewise unleash perhaps unseen levels of creativity and innovation to rival the heydays of Hollywood and perhaps even surpass them.

However, though the aim, ambition, and even the plan is fine whereby we – the digital public – fund it all with crypto-economics and no restrictions, execution is a different matter.

Because this is of course a very difficult task and very risky as far more movies flop than blockbuster.

In addition, to bootstrap and to effectively break a new frontier, as Moviecoin is trying, is to write the rulebook from scratch with no prior guidance.

Failure therefore is far, far more likely, and success is best considered as having a 1% chance. But the market is huge: culture itself.

A 1% chance of bringing about what is necessary, the liberalization of art, is fairly good odds.

A whole industry therefore seems to have sprang up this year around crypto and blockchain related film production.

There’s Cineverse, which tries to deal with film distribution and had a whole section at the Cannes Film Festival.

There’s even a #Film3 ‘meme’ that argues it is time crypto finance goes to the screen.

But it is very much the beginning of the beginning. Yet it may be here where the end is decided, if there is an end at all.

Because if the aggressiveness of the Securities and Exchanges Commission (SEC) firewalls the United States, Europe may become the epicenter of culture once again.

Moviecoin itself is based in Caymans, but its team members are European with Mackie stating:

“We are not in the US, no one is in the US and we have publicly stated we won’t be working there for now. Going forward we’d love to…but, SEC is a tricky beast.”

So the new Afmans may be based in Europe too. Though just as then, most likely with plenty of collaboration with US as the leet of this generation in US will probably not be deterred in this ambition, by SEC or anyone.

Prizefighter thus may be the first, but with a whole industry unnoticeably having sprang up during this bear, it may well be just the first of many as the crypto industry now widens its perspective towards all finance.