Armstrong Calls for a 20% Ownership Rule on Crypto-Commodities 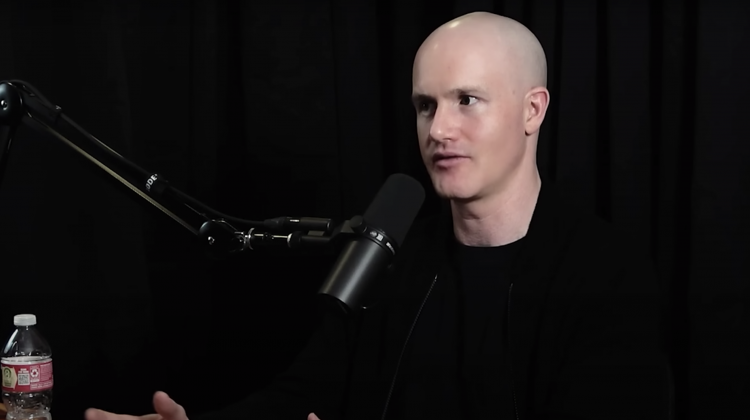 Brian Armstrong, the founder of Coinbase, has called for a clear division of responsibility among regulators to end a confusing maze that currently prevails in the United States.

“There’s a very unhelpful point of view out there by somme folks which is: hey, most of this is bad activity, we need to shut it down, so we’re just gone pursue enforcement action,” Armstrong said before adding:

Their general view is: there’s a lot of upside potential here. We can all agree let’s get rid of the fraud and scams, we all want to get rid of that.

So, let’s create a relatively simple test that says: if nobody controls more than 20% of it or some threshold, it probably is more like a commodity. If someone is raising money, they selling this thing for a business, then it’s probably a security. If it’s more like a medium of exchange, it’s a currency. And if it’s none of those things, then maybe it’s artwork or whatever.

A legal test like that would help clarify which regulator is regulating what, and then we probably want a sandbox for regulations, if you’re a startup doing some number, let those things get off the ground without a soulcrushing amount of legal bills.”

Armstrong clarified that crypto can be many things. There’s bitcoin and eth, which are regulated by the Commodities Futures Trading Commission (CFTC), there are stablecoins like USDc which probably should be regulated by the Treasury, and then there’s also NFTs which are more artworks.

One regulator therefore can not have jurisdiction over all cryptos, unless it is a crypto specific regulator taking into account all its diversity, and therefore to solve the tension between CFTC and the Securities and Exchanges Commission (SEC), with SEC’s chair claiming that all cryptos besides bitcoin are securities, Armstrong has proposed this relatively simple 20% ownership threshold.

If no one controls more than 20% of a crypto, then that can be used as a proxy measure of its decentralization level to say it is a commodity.

Armstrong further said that 50% to 60% in DC want to encourage crypto innovation. That has changed drastically from even a few years ago, but around 20% still have this view that crypto is mostly bad activity.

That minority view is rarer and rarer and even untenable, Armstrong said, as one in five Americans have used crypto. You’re therefore condemning 20% of your electorate.

Armstrong toured DC last year when he met Speaker Nancy Pelosi among many others, including Fed’s chair Jerome Powell.

There are numerous ongoing crypto initiatives in Congress trying to address this classification problem in light of SEC seeing everything, presumably even NFTs, as securities.

None however has yet proposed a threshold measure for what should be classified as a commodity, but Coinbase itself is forced to do some informal classification.

As a regulated exchange, they try to comply with all relevant laws, but after purchasing a broker dealer license all the way back in 2018, SEC has not yet activated that license, Armstrong said, and so they can’t list securities.

One can assume thus, considering the army of lawyers Coinbase has, that everything listed on the exchange is a commodity and/or is not a security.

However, in this battle for jurisdiction SEC claimed that some of the tokens listed on Coinbase are actually securities by launching a court case in regards to some claimed insider trading regarding those tokens/cryptos.

Coinbase vehemently denies they are securities, and points out the Department of Justice agrees with them because they did not file criminal proceedings regarding this alleged insider trading matter.

One SEC action against Ripple in late 2020 wiped out tens of billions of actual and potential value held by US citizens and others across the globe. Two years on since that action began, the trial has not even started.

Billions more are lost by GBTC investors who face a discount due to increased competition by European and Canadian ETF/Ns, a discount that contributed to the downfall of the crypto hedge fund Three Arrows, with that in turn leading to probably tens of billions in further losses. SEC continues to refuse Grayscale’s bitcoin ETF application. Grayscale has now sued SEC, but the case has barely began to begin.

In a fast moving and highly innovative industry like crypto, this armstronging of the global industry by an unelected SEC bureaucracy which has no authority to make or interpret the law is forcing some entities to wait years for court clogged decisions based on specific facts arguably in contravention of what textbooks say about the rule of law.

That SEC lawyers and Coinbase lawyers disagree, shows there is no such clarity, and the problem thus is the law itself in addition to a potential abuse of it by the SEC through basically making their own laws in publicly stating all cryptos besides bitcoin are a security.

A clear 20% ownership rule may address that problem and prevent the government itself losing billions of their own citizens savings and investments as a power hungry bureaucracy exploits the uncertainty for its own gain to increase its budget, rather than serve the public.