We Will Stand with Ukraine Says Biden 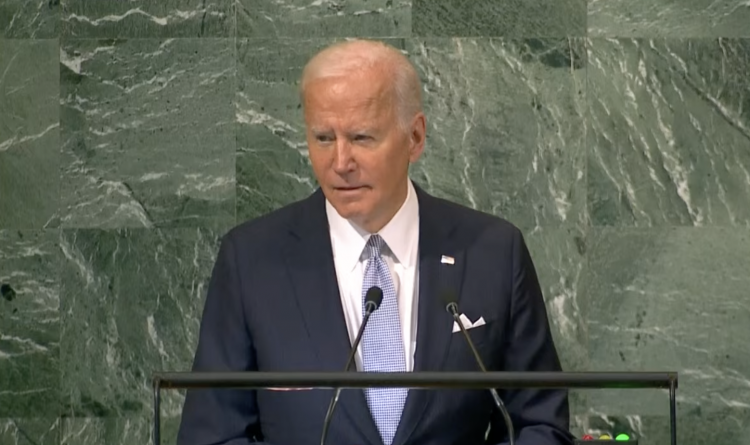 “We will stand in solidarity with Ukraine, we will stand against Russia’s aggression, period,” Biden said while speaking at the UN gathering in New York.

“Standing up for the UN charter is the job of every responsible state,” Biden said, after accusing Russia of wanting to “extinguish Ukraine’s right to exist as a state, and as a people.”

In pointing out the statements of Russia’s president Vladimir Putin just before the invasion, Biden said “Putin asserted Ukraine never had real statehood.”

“No one threatened Russia,” Biden said, “No one other than Russia sought conflict, we tried to avert it.”

The war was not due to being threatened however, but an “attempt to wipe out a sovereign state from the map,” Biden said.

This is an “extremely significant violation of the UN charter,” Biden argued. Responding to Putin’s speech earlier today by stating:

“We chose liberty, we chose sovereignty, we stand with Ukraine.”