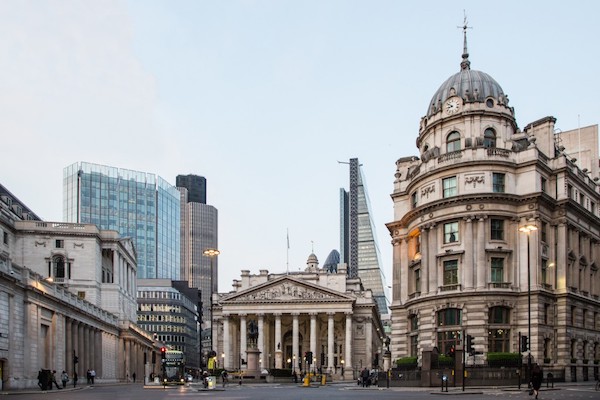 Bank of England on the left

The chancellor didn’t u-turn, but the Bank of England has, with it surprisingly announcing on Wednesday:

“The Bank will carry out temporary purchases of long-dated UK government bonds from 28 September. The purpose of these purchases will be to restore orderly market conditions.

The purchases will be carried out on whatever scale is necessary to effect this outcome. The operation will be fully indemnified by HM Treasury.”

UK 10 year gilts spiked above 4.5% following turbulences in bond markets both in US and UK.

That’s in part because both central banks are unloading the bonds they bought in the past two years, with it running at more than $50 billion a month for Fed. Britain’s central bank will now pause that unloading:

“In light of current market conditions, the Bank’s Executive has postponed the beginning of gilt sale operations that were due to commence next week.”

They will keep unloading the mortgage backed securities, however, with the central bank stating “the MPC’s annual target of an £80bn stock reduction is unaffected and unchanged.”

This “urgent” bond buying in addition is temporary and “on whatever scale” as the bank says:

“These purchases will be strictly time limited. They are intended to tackle a specific problem in the long-dated government bond market. Auctions will take place from today until 14 October. The purchases will be unwound in a smooth and orderly fashion once risks to market functioning are judged to have subsided.”

The public money printer is back on, in short, though temporarily and for just bonds, with gilt yields briefly falling below 4%. They now trade at 4.18%.