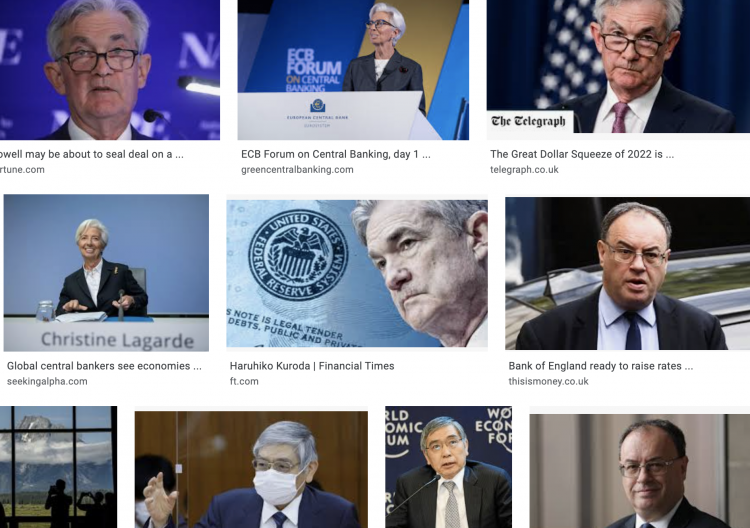 Bitcoin has been sidewaying for much of summer, with it currently trading at the same price as it did on June 18th.

The currency has gone a bit up and a bit down, but it is generally flat even as numerous national fiat currencies see huge volatility.

The pound is slightly recovering today after the Bank of England started buying bonds, lowering concerns about debt affordability.

Yet GBP is down more than 21% over last year against the dollar, and although there’s suggestions bitcoin trading volumes in GBP spiked while the latter fell earlier this week, bitcoin’s price isn’t quite reflecting it.

Bitcoin’s price in pounds is roughly the same as the global price. Any lack of arbitrage therefore is not a likely explanation as to why volumes reacted, but not the price.

But regarding these recent events, there has been no apparent response, why?

Bitcoin and Fiat, What Relation?

Studies have found that bitcoin is not correlated to any asset, including fiat money. That’s generally speaking. Right now it looks like it is somewhat acting in line with Nasdaq. Over a yearly period, the dollar’s weak point and strong point coincide with bitcoin’s reverse.

The question for the latter is obviously which caused which, or why did the dollar strengthen exactly.

One reason may be because gas and other commodities began rising in May 2021. It was flatish prior, but a trend began developing with it rising from $2.8 to $5.88 in September 2021.

They in turn probably rose because the economy began growing significantly, with 2021, economically speaking, being a miracle year unseen since the 1800s.

Of course that was just a bounce back, yet it was real. And so demand for gas and oil grew as people started traveling again for fun or business. Since these commodities tend to be priced in dollars, and often get paid in dollars, that in turn may have increased demand for dollars.

The dollar thus begins that rise in May. Bitcoin has a mini-crash, but while the dollar kept rising, bitcoin then went to rise too until November 2021.

All this is before there’s even talk of interest rates, or back to the 1940s in the edges of Europe. The FUD back then instead was speculation on lockdowns once again, which were limited to China as it turned out.

The dollar strengthening at this point may have reached a level where bitcoin doesn’t care any longer.

That may be in part because the ‘until something breaks’ happened in June for bitcoin when the tide showed that Terra had been swimming naked.

That in turn may have sent bitcoin’s price to lower levels than where any sensitivities to fiat or other assets can visibly affect it.

So bringing back the uncorrelated part, with bitcoin potentially being a signal of its own.

The recent fiat volatility may be less a happening and more a statement that some actors are no longer willing to tolerate this Yen down and down or CNY or other national currencies.

That in itself may indicate the market is starting to think the dollar is too strong. Bitcoin perhaps was just the first to reach that view, and so it isn’t responding.

Does that mean then that bitcoin should boom up now? Perhaps, depending on timeline where ‘now’ is months or years.

Because for the actual now, it is just chilling out, without direction. It will choose one eventually, and which exactly is less clear than for at least some national fiat currencies.

The Bank of Japan’s intervention may well indicate that Fed is no longer the only player in town. Jerome Powell, Fed’s chair, has been the sole actor in a months long show, but no longer.

The dollar therefore, although it may still rise a bit, even maybe crossing 120 in weeks or month/s ahead, doesn’t have much room as a trend to continue doing so to a meaningful extent.

Because other banks will intervene, with it perhaps unlikely a full on currency war will develop, but central banks are clashing.

As that for now is the first time they say ‘stop,’ what does bitcoin have to react to exactly since it has ‘stopped’ since June.

A clear reversal of the fiat trends may therefore give bitcoin a direction, but this for now can be an explanation as to why it appears to have not reacted to recent events.