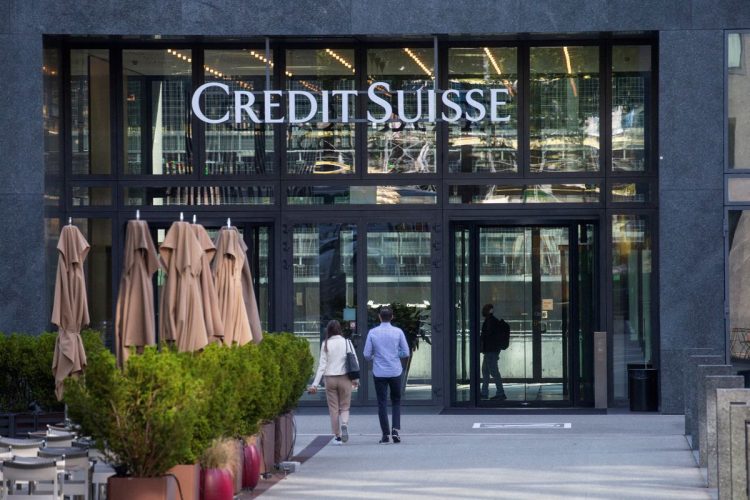 The Federal Reserve Banks have extended $6.3 billion to the Swiss National Bank through the Dollar Liquidity Swap line.

That’s after swapping $3.1 billion last week, with Credit Suisse announcing shortly after last Friday that they will buy back up to 3 billion Swiss francs ($3 billion) of debt after credit default swaps skyrocketed for the bank.

Those concerns have now eased, with Goldman Sachs stating on Tuesday that Credit Suisse faces a capital shortfall of as much as 8 billion Swiss francs ($8 billion) in 2024.

They argue that at the minimum they need $4 billion to restructure their investment banking.

Jefferies analyst Flora Bocahut also said in a note on Tuesday that Credit Suisse needs to build about 9 billion Swiss francs of capital in the next two-to-three years.

The stock price of Credit Suisse has plunged, down 56% since November 2021. So they might not want to raise capital through equity considering the very low price.

Their bond yields spiked, making it very expensive to borrow through bond markets.

Borrowing from their central bank however may make sense. The swap line is at 3.33% interest, just above the base rate of 3.25%, and coincidentally is in combination about as much as Credit Suisse needs.

The Swiss bank therefore may have been bailed out, with its stock up 2.5% in the past five days.