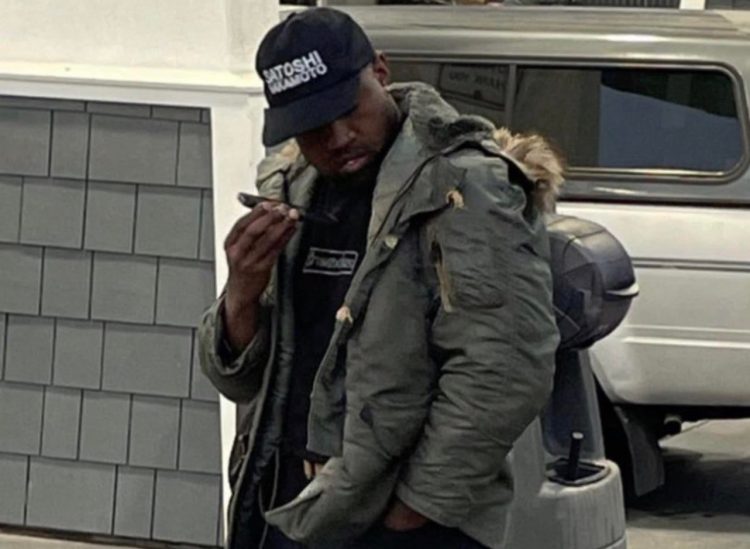 One of the world’s most famous rapper, Kanye West, has been spotted wearing a Satoshi Nakamoto hat in Beverly Hills, California.

That’s just days after JP Morgan cancelled his bank account, with West complaining “I put $140 million into JPMorgan and they treated me like shit.”

He was kicked out of Instagram, so West took to Tweeter to complain to Mark Zuckerberg, the founder of Instagram’s parent company Meta:

Look at this Mark

You used to be my nigga pic.twitter.com/YQzjw01jur

This censure was in response to Kanya West wearing a tshirt that said “White Lives Matter,” and after wide criticism he completely lost it to say that he’s going to “Go death con 3 on JEWISH PEOPLE,” tweet now deleted, prompting JP  Morgan to close his bank account.

All this is of course in the context of the mid-term elections with an undeleted tweet by West saying: “Who you think created cancel culture?”

A culture wide censure and taboo where it concerns racism or anti-semitism has of course been in place since around 1945 when that sort of stuff kind of led to some very bad things.

But some are trying to explain this behavior by suggesting West’s recent divorce with Kim Kardashian, who herself was recently fined for ‘her crypto business’ as John Stewart called it, has taken an emotional toll.

Yet to some this might be a reminder that the ugly politics of especially 2018-19 have gotten even uglier, with some corners of the Republican party seemingly unwilling to close a lid on what led to shots in Congress.

But bitcoin doesn’t care about any of this, although it isn’t anymore that simple with a distinction required now that crypto integrates more and more with the establishment.

There’s the network, and this remains completely uncensored and uncensorable. No one can close your bitcoin address, as long as you hold your private key in a self-custodian wallet.

This can be compared to a car driving as long as you have the ignition key, with the car unable to pass any judgment on who you are.

But there’s the now heavily regulated layer that allows you to turn your fiat into bitcoin or vice versa, or to buy the car in the above example. That’s things like Coinbase, or even Localbitcoins nowadays.

They’re no different than JP Morgan in capability. They can close your account and since they hold the private keys, you lose complete access.

The only silver lining there is that crypto exchanges are very new to the business, they’re still in a fast growing stage, and therefore they can not easily afford to be controversial in account access.

Then, there’s the inbetween. You can always sell something for bitcoin directly, like that hat, allowing you to access the network without going through a gatekeeper.

You can also buy asics and mine the bitcoin yourself. Here there can’t be any analogy with cars anymore, unless you’re manufacturing them yourself, but with electricity where you can buy a solar panel and create energy yourself.

So bitcoin is more free, and due to its design it will always remain so because the base layer, the bitcoins themself, can not be censored as long as you’re interacting at the blockchain level.

Where it concerns convenience, there are now crypto cards that hold your fiat like a bank, while allowing for instant inter-change to bitcoin, even when it comes to small payments of say $20 worth of bitcoin.

You can therefore hold some in the private key itself, your savings, and then have a current account with far less in ‘running’ money.

Rather than keeping all $150 million on an account which Jamie Dimon can just shut whenever he likes.