Progressives Issue Another Letter, This Time on Crypto 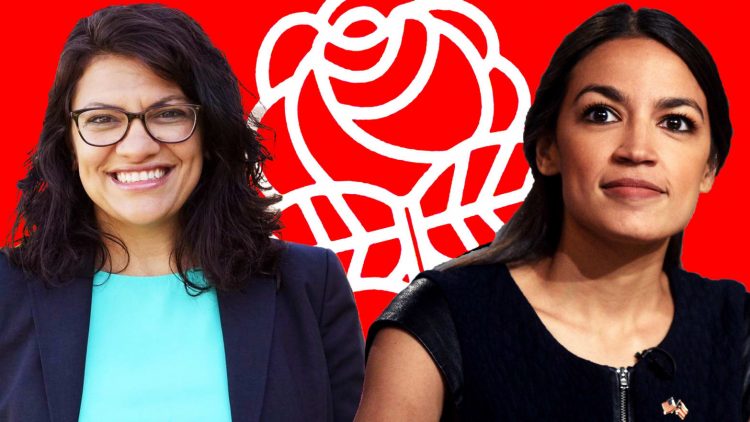 Fresh from a debacle on Ukraine where progressives had to retract a letter ‘urging’ for negotiations, they’re at it again.

Rashida Tlaib and Alexandria Ocasio-Cortez, both members of Democratic Socialists of America, together with Elizabeth Warren, Sheldon Whitehouse and Jesús García, all Democrats, have sent a letter to numerous agencies about crypto revolving doors.

“The crypto sector has rapidly escalated its lobbying efforts in recent months, spending millions in an attempt to secure favorable regulatory outcomes as Congress and federal agencies work to craft and enforce rules to regulate this multi-trillion dollar industry.

As part of this influence campaign, crypto firms have hired hundreds of ex-government officials.

We have long been aware of the revolving door in other sectors of the economy – from Big Tech, to the defense industry, to other parts of the financial services sector – and we are concerned that the crypto revolving door risks corrupting the policymaking process and undermining the public’s trust in our financial regulators.”

Although the crypto industry is now getting involved in US national politics, donating millions to both Democrats and Republicans, the circa $32 million they’ve spent is minuscule compared to many other industries, especially banking and hedge funds with just Citadel’s Ken Griffin donating $100 million to Republicans.

The Squad however does not give any particular reason why they’ve decided to single out crypto specifically, but in indicating just how attractive this industry has become, they say:

“According to the Tech Transparency Project, over 200 government officials have moved between public service and crypto firms, serving as advisers, board members, investors, lobbyists, legal counsel, or in-house executives.

Even Fed officials. Although the picture is a bit more complex as the Tech Transparency Project they cite says “at least five former top executives at Circle Internet Financial, the biggest stablecoin company in the U.S., have recently joined the Federal Reserve in Boston—even as the firm is seeking a bank charter from the Fed.”

Sure, you can say it’s because they’re seeking a bank charter or because the Fed lacks the technical skills and needs the expertise on the stablecoins field where tokenized dollars are continuing usd’s global dominance in the digital arena.

The report likewise is overall broad, both in just giving out numbers without sources, and in implying that just because someone moved to the crypto industry there’s some revolving door, when the new and innovative nature of crypto has itself attracted plenty of talent, from finance to tech to policy.

They give the example of a SEC official who moved to Coinbase, but admit that SEC has nonetheless maintained a hostile attitude to crypto, unlike for banking towards which SEC rolls the red carpet when that’s the industry they’re meant to oversee, not crypto.

They also mention efforts by Facebook’s Diem, which is not a real crypto is it. And some Senators or Congressmen and women simply like crypto and support it, just like Warren and the squad seem to dislike it for some reason.

Maybe they’re just being contrarian, the negative nancy doomsters that now want to yell on crypto because that’s the hot new cool thing and so is how to keep relevant.

Not that, as the Ukraine debacle showed, they bother much to consider just what exactly they’re saying. It’s negative marketing as we call it, it gets attention, and that’s maybe enough.

However they would achieve a lot more if they didn’t come across as needlessly biased. They could have asked their own staff for example what could they propose so that a former Goldman Sachs banker isn’t always the head of SEC, or pretty much the entire Treasury.

Instead quite ironically these so called progressives are aligning with the banks in singling out crypto when if there is any issue, it is obviously not a crypto specific one and therefore this letter should also be redacted and replaced with one that addresses the issue for any and all industries, with the biggest ones – like banks or Big Tech or Big Law – at the forefront.