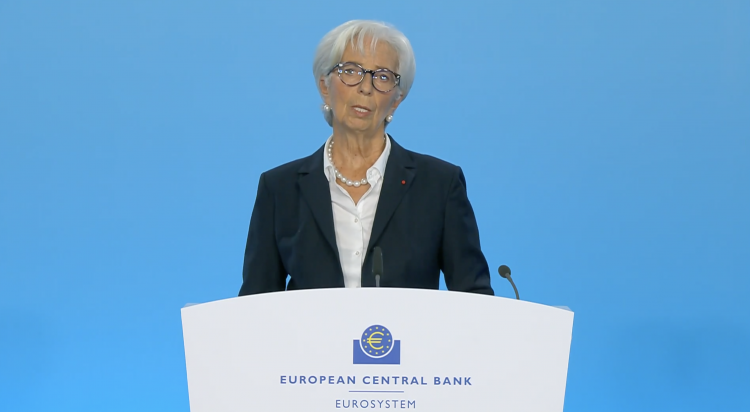 Volatile bitcoin movements while Christine Lagarde, President of the European Central Bank (ECB), was giving the interest rate decision, seems to have tilted towards bitcoin moving up.

The crypto therefore may have for now decided that the move is positive with a number of decisions announced today.

This was all expected, with there being some speculation regarding the Asset Purchase Programme (APP). That’s the bond buying, with ECB stating:

“The Governing Council intends to continue reinvesting, in full, the principal payments from maturing securities purchased under the APP for an extended period of time past the date when it started raising the key ECB interest rates and, in any case, for as long as necessary to maintain ample liquidity conditions and an appropriate monetary policy stance.”

During the conference Lagarde said they had decided to not make any decision regarding APP in this meeting.

Neither central bank has really moved on bond selling, not least because there’s a liquidity crunch currently mainly caused by the Federal Reserve Banks not buying bonds.

Where assets are concerned, this hike in interest rates by the euro zone can weaken the dollar.

For US assets, therefore, this could be a good decision, with the dollar strength index falling recently while the euro has again overtaken the dollar, albeit briefly as that $1 level gives a bit of resistance.

An expected slowdown by Fed after next week should allow Europe to catch up, with the dollar index therefore probably weakening in the weeks and months ahead.