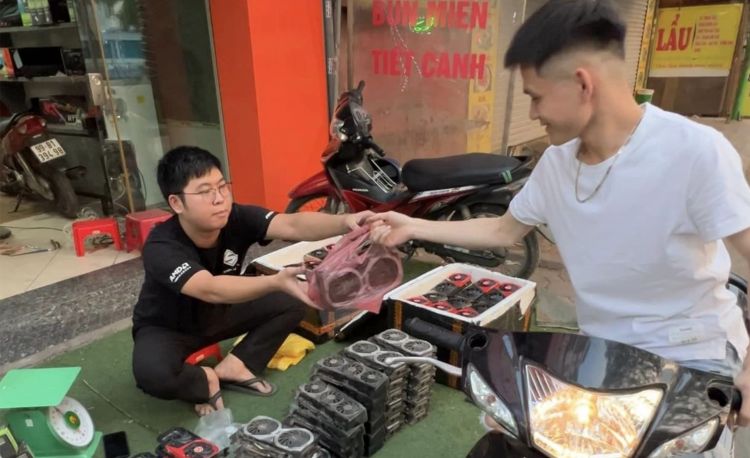 Demand for GPUs has fallen so much that they’re now selling by the kilo in Vietnam where traders report low demand.

Le Thanh, a self-proclaimed ‘King of VGA,’ showed a video on Facebook where a bored GPU seller was sitting there all day chasing the flies away.

A passerby on a scooter then stops with the GPUs weighed prior to the smartphone payment being made.

No other blockchain network has been able to absorb them, with data for September already showing a 10% decline in GPU prices.

October is the first month that ethereum is fully PoS. Price data are not yet out, with Q3 earnings for AMD to be published tomorrow, while Nvidia is later in November.

Both however will cover the months when eth was still Proof of Work. It won’t be until Q4 data that we’ll see just what effect ethereum mining had on GPU prices.

Nonetheless, at locations close to production the effects are already being felt in a sign of overproduction.

The market may therefore start being flooded as that supply moves from local areas to more globally where GPUs by the kilo are unlikely but lower prices should be expected.