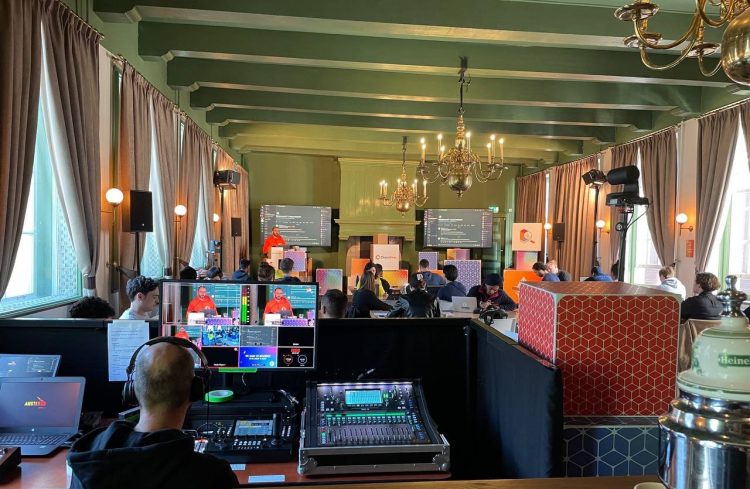 Solidity developers are the best paid coders in the world according to DevJobs Scanner, a site specializing in jobs for coders.

Solidity “is getting a lot of traction recently,” Logan Dev, the founder, said. The high salaries are due to there being a low number of candidates, he said, further adding:

“While the average salary is $151k per year, some offers reached a peak of $1M dollars. So, if you are in web3/blockchain technologies, learning solidity should be a must.”

Rust is not far behind, but interestingly this specific site has 417 jobs for Solidity and 523 jobs for Rust.

The job openings therefore are about the same and anecdotally, we’ve noticed a pick up recently in hiring for positions.

Wells Fargo for example is seeking a “Blockchain Innovation, Product Managers,” though this is in Bengaluru in India with no salary provided.

Not a bad gig with it anyone’s guess what Senior means here considering Solidity as a language is barely seven years old.

Presumably they mean someone who confidently can “architect a blockchain-based system involving collateral-based minting, pricing oracles.”

Many of the eth/blockchain based jobs we have come across are through recruiting agencies and headhunters, providing little detail in regards to either salary or company.

Quite a few are in regards to hedge funds, either crypto based or otherwise, while raw Solidity has seen a rise in popularity primarily due to the advent of defi.

That has spurred numerous Solidity startups with each differentiating themself, but they’re also in fierce competition.

The battles for talent can get out of hand, especially for actually senior Solidity coders, which probably doesn’t amount to more than 100 or maybe at a stretch 1,000 globally and mostly run their own company/project.

But due to the very new nature of this space, Senior can also be a high school kid who spent his summer breaking GitHub templates.

The high salaries therefore are naturally affected by the low number of candidates, but also by the very low barriers for that kid to launch his own smart contract, rather than work for someone else.

And incredible as it may sound, we do actually mean kid, 17-18 year old, and pretty Senior code wise. The one easy example would be Chef Nomi, whose identity remains unknown where full proof is concerned but speculation was that it was some 18-ish year old from Asia somewhere (not China).

He came up with a pretty innovative idea of liquidity forking which had us in awe exactly two years ago because it showed in action a fairly unique feature of the blockchain: total portability of data without requiring any permission from the dapp.

Because of all this innovation, many universities now provide blockchain courses and Solidity courses, so the availability of formally trained candidates will increase, but whether that will affect salaries remains to be seen because as long as plenty of low hanging fruits remain, there will also probably be plenty of startups.

Unlike the other coding fields therefore where there are now plenty of tech giants to provide you with a stable job, Solidity is arguably more the startups-ers coding language.

You maybe can get a stable job in solidity once you finish uni, but that would probably be in a startup for the near future, and that risk can also partially explain the high-est salaries.

Another partial explanation may be the fact that, although this space has now grown to accommodate some copy pasting or established processes, it does mainly still run on innovation, differentiation, and breaking ground, which can mean writing original code, and that in turn means you need some decent level of intellect.

Those are naturally in short supply, so until the groundbreakers build all the cubicles for all the rest, salaries will probably not just stay high, but keep topping other fields where there’s less innovation, depending obviously on whether this level of innovation will continue in this field, which it probably will if the zk-tech breakthrough does scale public blockchains.