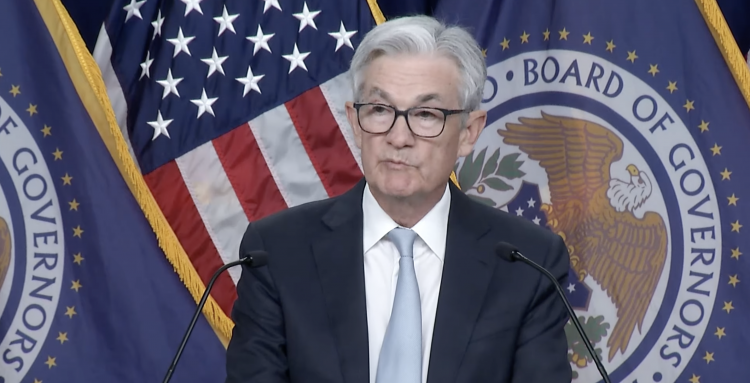 The Federal Reserve Banks discussed the pace of tightening at the meeting held earlier, and will discuss it in the next meeting, Fed chairman Jerome Powell said at the press conference.

“At some point, it will become appropriate to slow the level of increases,” Powell said. “That time is coming, may come as soon as next meeting or one after that.”

“It has been an historically fast pace,” Powell said, going from zero to 4% in one year, but the second question of how high, “that’s the important question now, how far to go.”

“There’s some ground to cover, we may ultimately move to a higher level than we thought at the September meeting,” Powell said.

But crucially at this stage “the question of when to moderate pace is less important than how high.”

Powell further said they discussed a slowdown in hikes in this meeting, and will discuss it in the next meeting. Obviously a decision has not been made, but while previously it wasn’t a matter of discussion, now it is.

If we can decipher what he is saying, he seems to be suggesting that interest rates have now reached the level where they’re trying to ascertain just what level is the appropriate one.

So far they knew they had to hike, and quickly, and therefore there was no discussion. Now at 4%, it is clear they need to hike a bit more, but just how much exactly is not too clear, and soon enough there will be the question of just how long to keep them at these high rates.

From that, it appears quite unlikely there will be any further crisis hikes of 75 basis points, with Fed so nearing its target, and therefore will probably slowdown in any further raises not least because they’ve moved from how quick, to how high.

“It’s premature to discuss pausing,” Powell said, but they are discussing slowing down even though interest rates may rise higher than they thought, depending presumably on the new inflation reading and other data.

The market response to this has been volatile with Nasdaq going green on the publishing of the FOMC statement, but fell -1.5% during Powell’s conference.

Whether that is due to Powell stating that interest rates will go higher than they thought in the September meeting, is not clear, with the market currently so given a pivot of sorts, but with a lot of caveats.

Bitcoin however is maintaining some of the gains with the market response probably better judged on Thursday as the market absorbs these significant changes in Fed’s approach so far.