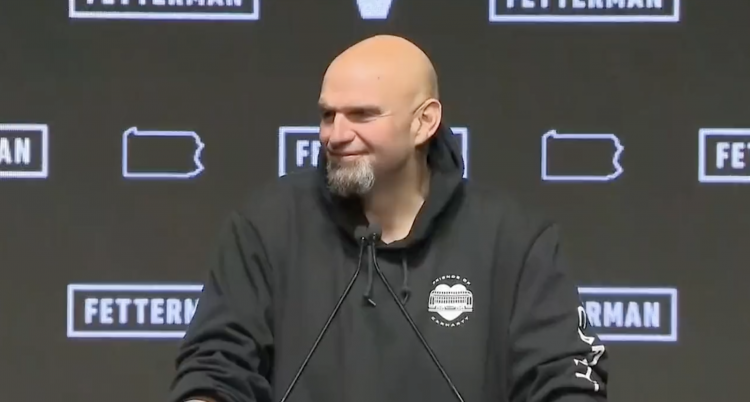 America is going crypto with the biggest upset so far being in part thanks to this space as John Fetterman takes Pennsylvania for the Senate.

That seat was red, previously held by Pat Toomey, a Republican that championed this space in the Senate and we would even say was a leading crypto politician.

He has retired, and in showing just how bipartisan this space remains as it spans the spectrum, the crypto industry chose to back a Democrat in the same seat.

Fetterman was backed by our web3 boys, a consortium that includes Multicoin Capital, Blockchain Capital as well as SkyBridge Capital. The latter is by Anthony Scaramucci who very temporarily was a spokesperson for former president Donald Trump and now has turned his hedge fund towards focusing on crypto.

They formed the Web3 Forward PAC which donated to Fetterman who previously mentioned BTC in a joke.

So, we’re claiming him as our win, especially considering the race was extremely close, winning by 160,000 votes out of five million.

The crypto vote also went to Jonathan Jackson, a candidate that openly advocated crypto, winning in Chicago with 79% for the Democrats.

J.D. Vance has also won. The Republican was against Tim Ryan, both vocally pro crypto, to replace Ohio Senator Rob Portman’s seat, another known name in this space.

But crypto didn’t just win, it gave a kicking too to Sen. Richard Shelby who single handedly blocked an almost unanimous amendment to the crypto bill that passed last year, and he blocked it for no reasons related to crypto whatever.

So we got a crypto girl now in, Katie Britt, who received donations from BitPay and previously said “I support American innovation and entrepreneurship, including in the crypto space.”

One cryptonian is seemingly losing however, Blake Masters, with Mark Kelly leading for Arizona but we put that loss down more to the so called PayPal mafia than crypto.

They need to moderate, especially on Ukraine, with Masters expressing some views that were perceived as being not very supportive of Ukraine.

Overall, the results so far portray a USA that is obviously pro-innovation, very much pro our space, against any rhetoric regarding democracy – whether that is the US democracy itself or abroad – that is comfortable with the current president Joe Biden and that doesn’t seem to like Trump very much.

Sensible America, long missed and now may be back, with its clear message to Republicans being to put a lid and maybe even get rid of the more thuggish elements.

That’s an unfortunate word to use, but the most appropriate one we can find because what on earth happened to Kanye West?

It’s all politics what he said and it doesn’t come from him, it comes from some elements in the Republican party that clearly haven’t gotten the memo to shut up.

And that’s the other big story here: Ron DeSantis. He has said pro-crypto things. Florida has championed this space, with DeSantis having some very tough decisions to make.

Chiefly, arguably, whether he thinks America thinks Biden deserves a second term. An almost impossible question to answer because who knows what the mood will be in two years, but on the back of the performance so far Biden has clearly had a strong showing in this midterm.

And the second question: does he think he has a duty to run especially if Trump runs? A duty to the country and the party.

To the country because a Trump re-run would be an actual stolen election in as far as the public would not be given a real choice because they’ve already made the Trump v Biden choice just 2 or what then would be 4 years ago, and the only thing that has changed in that choice is that there were shots in Congress.

And to the party because you’d expect the independents at least to severely punish the Republicans if they do return Trump. And where the crypto vote is concerned, well he dissed our bitcoin.

On the other hand the primaries would be very divisive for the party, and it would be the base voting, making it a tough decision.

Just how tough depends, but he has to adopt some of Biden’s positions if he goes for it, especially on foreign policy, and if he does run then Biden will have to be a lot more crypto friendly, which applies anyway as the crypto vote clearly now has influence, and potentially decisively so in close races.