Bitcoin Up, Stocks Jump on PPI Down 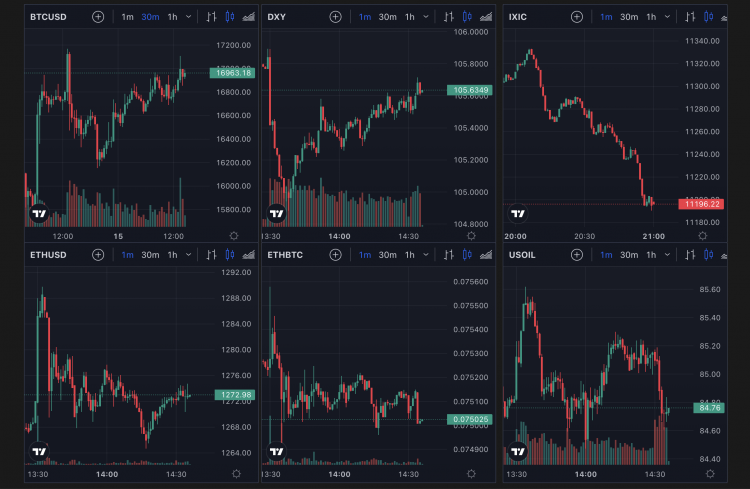 Bitcoin has briefly crossed $17,000 while Nasdaq rose 2.5% as the Producer Price Index (PPI) came much lower than expected.

The index for final demand declined to 8% in October, down from 8.5% in September and significantly below expectations of 8.3%.

Even more surprisingly, core PPI came in at just 6.7%, way lower than estimates of 7.2% for October.

This will add further to expectations of an inflation cooldown with CPI also lower than expected for October.

That continues a months long downtrend that has increased confidence the Federal Reserve Banks will now significantly slowdown in interest hikes.

Some Fed officials have already signaled as much, but markets still expect a 0.5% increase in December.

Interest rates however have entered at this stage the phase where stopping any hikes completely is in sight with the current question being, according to Fed’s chair Jerome Powell: how high?

At the current rate of 4%, there isn’t really much room for much higher, with a slowdown and a pause now probably being the trend.

Not least because this is the first time since Fed started increasing interest rates that inflation comes below expectations.

This indicates there has been an unexpected change, in particular the significant fall in energy prices but also perhaps the effects of supply chain readjustments not being fully taken into account.

The Federal Reserves therefore will now have to take these new factors into account. Suggesting that the beating may finally be nearly over.