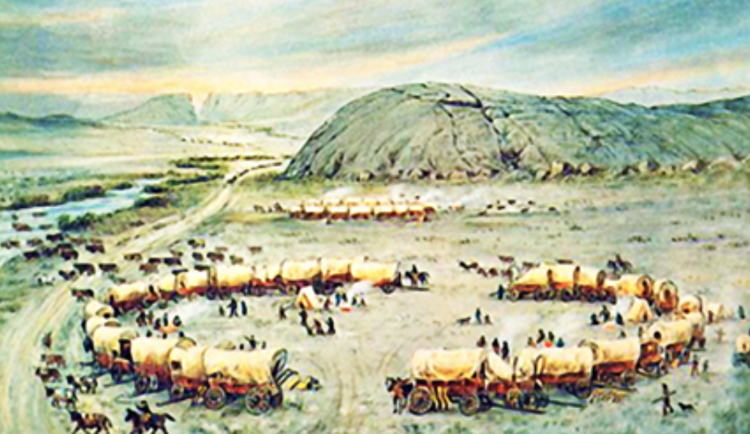 It has been a tough few days, weeks and even months. We had forgotten what the bear is, and the reminder has been quite spectacular.

You’d think they’d dilute it, tame it, chain it, but bitcoin is now a teenager and how exactly do you do any of that to a teenager.

It’s a vindication in many ways the unfolding we’ve recently seen. You can’t just do fractional reserves and you can’t just copy defi with centralized rails.

In some ways it is also cozier now. We’ve gone through some astonishing two years. The amount of innovation we have seen in finance, crypto-finance, is off the chart. Two years on, none of it has failed, except Luna which isn’t or wasn’t defi.

Their resilience and standing power suggests these are here to stay, but they are a skeleton, unfurnished and in many ways standalone.

That’s because defi peaked too soon. It’s unclear just what is with man that even pleasure can be too much, but it is so. Airdrops, while absolutely amazing at first, became ‘just another’ in a very short time.

Investment strategies have not been developed in defi to the extent they could. Defi based indexes are at a nascent, if at all existent form.

People got rich too quickly and with that, their motivation vanished too quickly. So this new innovation, in many ways, quickly became a ‘zombie’ of sorts.

We’re using that word with something very particular in mind where novelty became the name of the game and novelty for novelty’s sake to the point novelty became boring.

What developed was a sort of concert bus or crowd going around from dapp to dapp, and then off to other chains like BNB, and they got tired so they left completely.

Which is why at times some even wanted a bear, though dreaded it too. It was clear, now with hindsight, that it was coming however. Bill Clinton showing up pretty much confirmed it.

The bear has the benefit of bringing motivation back. No longer can one expect the crowd bus to instantly show up. You actually have to provide some value and even then no one might pay attention.

The tons of money that flooded this space however will probably result in something. Now being more the time of building it and for a lot of defi, either extending or refining what has already been built.

That’s most crucial in regards to zk tech, with the bear allowing for some clear thinking on just how exactly this second layer business will really work at scale.

There was that Web3 very mini-trend and it isn’t entirely without basis because it does allow for onchain account ownership, and that means insta transfer of data.

Many for example want to leave Twitter currently, but they can not take their password, username, followers, or tweets with them. They have to start from the very scratch.

You can take such password, username etc with you in web3 because all that is your ethereum public and private key, with something like Twitter being just an interface that anyone can put up.

Whether Web3’s time has come for the next bull remains to be seen, but crypto is at the stage where much has been left on the table for no good reason except that there can be such a thing as ‘too much.’

During bear it is also at the stage where we can try and think of what didn’t work. Cefi clearly didn’t and that’s very much a good thing as we want people in defi, self custody. That custody however has to be made fool proof, there should be some sort of insurance.

NFTs on the other hand are still an open question. BAYC has shown some staying power in holding its value in eth, and that indicates this innovation might stay.

In which case there would be a lot to develop in NFTs. The recent Taylor Swift debacle with Ticketmaster, for example, suggests there’s room for some experiments.

For bitcoin, they may have room to get back to that commerce bit. Fees for BTC stayed somewhat stable during bull, so merchants courting maybe should be back on.

Then of course there’s the potential innovation that we can’t see. The next bull arguably will look very different, but it could also this time be a continuation, of finishing what was left during the far louder days.

That noise has gone now. There isn’t as much distraction anymore. People are back to being starved of airdrops, or new dapps, or new projects.

Some maybe even are leaving, but for coders that might be a mistake as if you can’t survive a bear, then you probably won’t reap the bull.

As they said last bear, one way to still have 100x gains is to crash 100x first and we’ve been having a lot of that crashing.

But where the crypto story is concerned, we’re still very much at the beginning. Maybe the end of the beginning, more at the stage where there is actual utility, but if we’re anywhere near the middle then it would be at the very, very beginning of it.

There is a lot that could be done that isn’t and hasn’t been done in regards to crypto usage. Our premise is that all of it, gradually, will be done.

Therefore, it’s time to circle the wagon. Crypto isn’t vulnerable, despite what happened. Something like Luna should have been caught, but it was neither in the bitcoin or ethereum ecosystem and few pay attention to any of the rest so we can’t blame coders for failing at public auditing.

Regulations in regards to cefi are necessary because of fiduciary relationships, but they are not a solution. The solution in due time will probably be a total integration of stablecoins to the point you don’t need intermediaries to enter or exit crypto.

This is one reason why bitcoiners now have to restart their commerce part. It didn’t work great in 2014, but this time bitcoin can be more the cover for stablecoins which is what needs to be totally integrated.

With such stablecoins we’re comfortable letting them come up with whatever regulations they want because it is afterall their own fiat, and there have been debates on it. Such debates will continue.

Another debate that crypto might need to have is our vision, as communicated to the public.

This space is no longer quite new, and although in some social media corners we get the same ree points as in 2014, we have largely won the public which at worst is simply happy to let us and see just what we come up with.

Maybe at this point we have reached the sufficient comfort stage to tell them where we want to go, to argue for the complete and total integration of crypto in all things. Not today, not tomorrow, and maybe not even in the next decade, but moving in that trajectory.

Another way of saying that is that our way is superior and we have proven as much, which plenty would disagree, but if we take the example of clearing houses, the public and permissionless blockchain as a clearing house in itself is clearly superior no?

Rather than a nice or alternative money, crypto holistically maybe should be pushed as an upgrade.

Naturally and it is worth pointing out again that this won’t happen overnight. There are still matters that have to be addressed, including some sort of insurance system for private keys, but that’s the intended direction: to actual global usage.

That is happening organically. There are resistances as the OCC chair himself said they want to slowdown or even stop integrations, but the only way to really prevent abuse of trust is to make it impossible and crypto provides the method.

We therefore have to move towards it. Kraken, for example, has become a bank and yet you can’t open a bank account there. They promise it at some point when you can have a crypto and fiat account that here still has an intermediary, but at least there’s a merger at some level.

A very slow process, yet one can see how it would work, even how the blockchain might eventually be dominant to the point it maybe even becomes old finance as at some point something else is invented.

So goes the wheel and we get to be the ones turning it with these bear times providing the foundations necessary to have clarity on just what has worked and what will keep working.