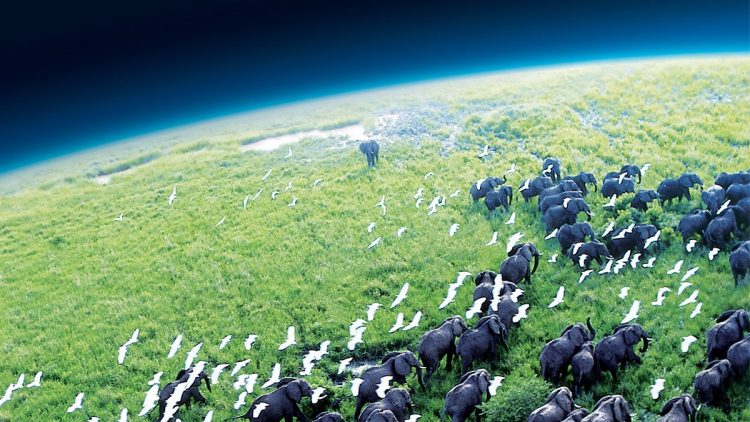 Greenpeace USA has taken the opportunity to bash bitcoin on the occasion of ConsenSys, Aave, Microsoft, Polygon and other startups announcing the Ethereum Climate Platform (ECP) at COP27 in Egypt.

“Bitcoin is falling even further behind as others in the crypto industry work to tackle the climate crisis,” Greenpeace said in a statement, adding:

“Rather than take the initiative to curb energy usage by changing the code, most major players in the Bitcoin space refuse to acknowledge the problem at all.

While other crypto technologies are making changes to become more efficient, and coming up with approaches to address historic climate pollution, Bitcoin ‘mining’ has become dirtier in recent years with coal as its top source of electricity.”

They do not provide any source or analysis for the claim that coal is the top source of electricity for bitcoin mining, with this naturally being a very biased organization, but in this occasion of the crypto space taking the initiative, Greenpeace can’t refrain from praising one, while blaming the other.

“The Ethereum Climate Platform (ECP) is another example of crypto platforms taking the initiative to mitigate the climate crisis,” Greenpeace said, “leaving Bitcoin falling further behind as the world grapples with the climate crisis.”

ConsenSys, Aave, Microsoft and others announced they will “invest in ongoing science-based climate projects which promise to mitigate in excess of Ethereum’s past emissions by leveraging Web3 native technologies, infrastructure, funding mechanisms and governance protocols.”

Ethereum no longer uses any extra energy following its upgrade to Full Proof of Stake this September, but for the prior seven years it was based on Proof of Work with this consortium now trying to offset the carbon emitted at that time.

“Funding high-quality green projects is critical in the fight to mitigate human-driven climate change,” said Bill Kentrup, co-founder at Allinfra, one of the participants, before adding:

“Yet, historically, the process of deploying capital to the right projects and assessing their real impact has lacked transparency, efficiency and timeliness.

We are pleased to have the opportunity to design and launch a better Web3 enabled climate finance platform and we acknowledge the outstanding advice and counsel of the UN Climate Change Global Innovation Hub over the past months in the draft design of this novel approach.

We look forward to the opportunity for the Platform to further engage with strategic leaders across climate and Web3 in collaborative efforts over the coming years.”

So they’ll invest in green startups and they’re calling that offsetting while taking the opportunity to bash bitcoin a bit because why not.

Just what role crypto technology can play in these startups however is not too clear with numerous experiments since 2017 still effectively in development in regards to any conclusion.

Some of the more interesting such projects revolved around a local solar-panels based grid with crypto connecting to it as a means of exchange for energy sent off to the grid or indeed taken from it.

There were also ambitions to connect the solar panels to electric car batteries and through those batteries plug into the grid.

You could do this through some sort of a centralized database where you sign up through bank accounts, but you could also use tokenization for bootstrapping to kick off adoption.

For bitcoin the focus is more on energy science. The very competitive nature of bitcoin computing means that energy prices are a huge competitive advantage, and thus can drive the building of more efficient renewables projects, including solar farms.

In poor countries however maybe they do use coal, but the focus currently arguably has to be on ramping up manufacturing capacity while also incentivizing or even mandating demand for renewables like solar, wind, and indeed hydrogen, especially for public spaces like car parks as in France.

Because bitcoin will not change its Proof of Work mechanism, and arguably can not, as the network should have a means to directly access it through computing without having to receive the bitcoin from someone else.

The scapegoating rhetoric therefore might put people off and might make this matter come across as politicized when it probably would be a lot more effective to take an industry neutral approach with a focus more on everyone and every industry upgrading to renewables.

For Europe in particular that is now also a national security matter, and therefore instead of just handing over money to poorer countries like Egypt, Europe should come up with an investment and building plan to become fully energy independent based on renewable sources potentially even within five years.

It can be done with a hands on deck attitude and the market would most likely be happy to contribute or fund it through debt or otherwise because this is also potentially a very profitable endeavor.

That ethereum and startup investing is at the forefront of it, therefore, is no surprise because this space thrives on innovation and of course would be very happy to couple with innovation in the renewables industry.

Bitcoin also has room to do so as the climate change debate reaches general consensus with the hard work of building it all up now needing to start at full swing.