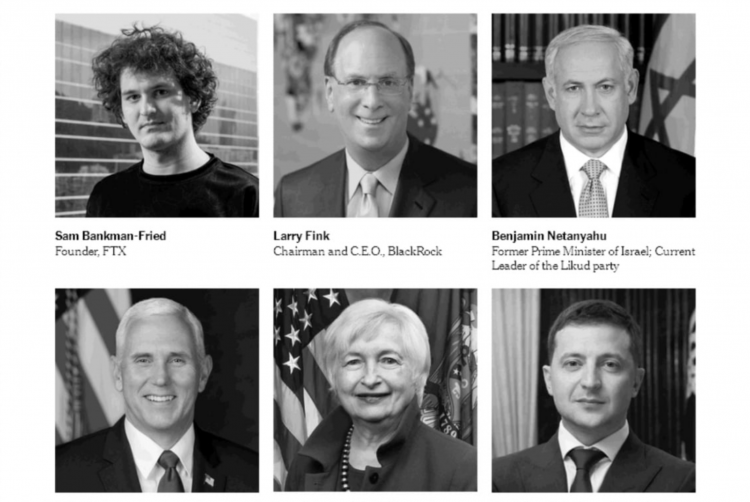 Sam Bankman-Fried to attend a NYT summit on November 30

Sam Bankman-Fried, the disgraced CEO of FTX who gambled away billions of customers’ money, is to join such luminaries like the Treasury Secretary Janet Yellen at New York Times’ Dealbook Summit.

Larry Fink, the CEO of BlackRock will also participate. BlackRock is thought to have $10 trillion in assets under management, and advised the US government in 2009 and 2020 on where to spend the stimulus money, during which some claim there was a conflict of interest as the government invested in assets BlackRock may have held, including Fed buying ETFs in 2020.

The company has further come under criticism for a significant concentration of funds. They own 6.34% of Apple for example, and 6.77% of Microsoft, with their assets under management amounting to about half of US’ GDP.

They’ve also looked into investing in bitcoin and eth, but there have been no notable developments on that front.

Mark Zuckerberg has of course courted much controversy since 2016, with Facebook’s stock crashing this year. They’re down 67% over last year.

Benjamin Netanyahu is back to being the Prime Minister, though designate for now. He has the first right to form a government, but whether he will manage to remains to be seen.

He has ruled Israel one way or another since the 90s. Many accuse him of moving that country not just towards nationalism, but ultranationalism.

Janet Yellen received $7.2 million from banks in speaking fees. In return she included crypto as a ‘paid for’ clause in the infrastructure bill, forcing extremely intrusive requirements to reveal ownership of public blockchain addresses.

So Sam Bankman-Fried is very much in his natural habitat in this summit. His spot was arranged prior to the collapse of FTX, but apparently he has not been canceled. Instead he is expected to join through video link from the Bahamas.

Corporate media like New York Times have been accused of unfairly propping up Bankman-Fried and of whitewashing his role in the spectacular collapse of FTX and Alameda.

His potential attendance at this summit will add fuel to those accusations, with some on social media already calling it the Summit of the Corrupt.