The End of Bear 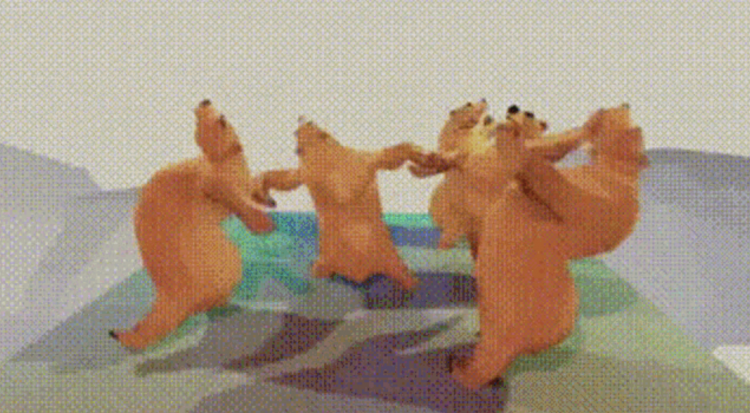 2022 will probably be a year to forget for many, regardless of the niceness of its number.

Inflation, strikes, a war on democracy, all assets rekt, and yet we’re sort of winning the war, inflation is coming down, a tech industrial revolution may be about to start, and the crypto cleaning up is hopefully done.

It can of course get a lot worse, but the economy is sort of growing in the west, even as an economic crisis continues in China.

There’s also, generally speaking, more sync between our leaders and the public in the west compared to 2019 when there was widespread dissatisfaction.

Yet they remain somewhat allergic to reforms. It is hard work, and there’s a risk with everything, including stating still, but it may also be more because there were more immediate matters to address.

Not least because in 2022, we’ve effectively gone through an entire century with plenty comparing events that happened to pretty much every decade of the 20th century, though different events.

So it has been a tough year, and yet a necessary one. A transitory year as we close decades long chapters, including our wars in the middle east.

The economy can now be afforded full focus, and the ignored hard work in research and development of the past two decades, is starting to become more visible and is starting to give the economy more vibrance.

We may therefore be at the end of not just the crypto bear, but a two decades long bear of sorts in the west and of stagnation.

It is for the future to say whether it will indeed turn out to be so, but the lack of unnecessary distractions will return full on accountability that should ease divisions and perhaps even return a new consensus.

Because the political ‘battles’ now are more ‘comfortable’ in as far as we can be true to our principles and because ultimately they are economic battles.

No big block is going to invade the other. The only victory is a cultural/scientific one. The pen thus is effectively placed in charge again as the thugs depart.

And that can mean that after this transition, we come out much stronger because the corrections that had to be made, arguably largely have been made on the global arena, and because there is now largely more desire to make any reasonable necessary corrections in the domestic arena too.

So as a new year comes, new themes will as well, and wrong as this prediction may turn out to be, we have the choice to at least speculate that we might be at the end of a very big bear, and so why shouldn’t we claim it.

Where crypto itself is concerned, there has been too much bear partying. The bears in fact are not only drunk, but it’s 5AM at a techno rave and hardly any of them can stand up.

Soon enough it will be time for the bear hangover as they have enjoyed themselves far too much, and though in euphoria they keep trying to dance, they are now far too drunk.

It’s time to go home for them because they have now reached the point where they are giving us a bit of a headache.

And so with wax and wane, the time maybe will come when we have the real artists, scientists, techies, and culture at the front stage, for it is ripe to do so, at least in the west.

We’ve gone through the problems over the years, in the crypto space too this year, and so it is only reasonable to expect the many actors will address them.

And therefore although it can get worse, there are reasons to think it will actually get better. And although the bear won’t leave easily, it is at least now a very very drunk one.

While the bull is very sober, presumably thinking, of his own designs, of his own party one day, and at some point he’ll presumably come up with something.

While the bear, at this stage, can only come up with his long hibernation, at some point. For his time has gone, and not just this year nor just in crypto, but maybe for this entire century so far.