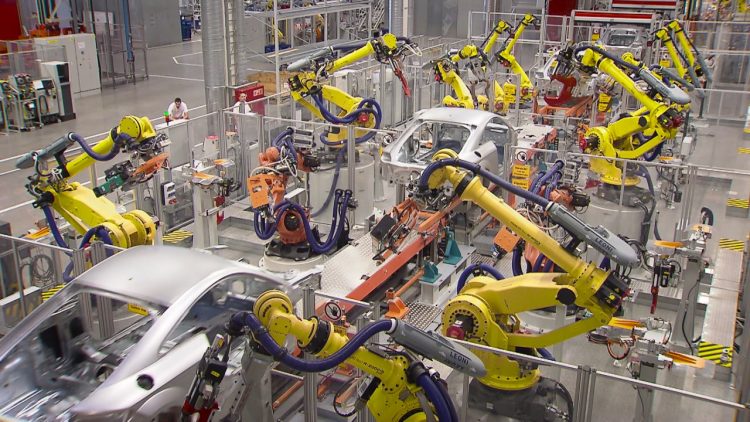 Inflation is out, sort of. Interest rates can kind of only go down now. Many stocks, cryptos and even bonds have fallen so much that one has to ask: can they really fall down any more?

Ukraine is holding on. Often without electricity, raging battles in Bakhmut, but it stands, it is sort of free, still a democracy and liberal too.

There has been a sort of soft coup in China. Very soft, not quite a coup, but the people for once have spoken there and the leadership is sort of responding. China is now opening up from lockdowns, and after three years of surrealism there, who is to really know what will be the new China.

Or indeed Arabia. The spectacular ending of the world cup in Qatar puts this region on a map in a different way than we’re used to.

They claim, and maybe even have, culture. Some are spending quite a lot on frontline tech, at least exploring it. And though for some others it has not been easy to understand their ambitions in the globe, the region is changing and dare we say that for now where the society is concerned, it appears to be changing in a European direction.

That little can be said about Latin America speaks of the tranquility they have enjoyed and enjoy, although it can also speak to their irrelevance.

Brazil however is, perhaps, becoming something. Not a giant outside the region, but at least so far the country has shown some level of sophistication and maybe it is moving towards becoming a developed nation.

While for Africa, the story here can only be up, arguably and hopefully. It is too poor for it to be otherwise economically, it has too much sun to not enjoy the solar wave, and there appear to be less tensions to ravage prosperous ambitions.

However, it is the least sophisticated region from what we have seen. Maybe not socially, but governance wise even South Africa has largely been off our map, while the great story that could have been told about the rise and rise of Nigeria, clashed with their government going so far as to even suggest a ban of this one trillion dollar global tech and frontier industry.

That’s the world from what we can see. Simplified, generalized, but largely at peace, largely focused on prosperity first, and largely moving in the right direction.

The Wave of Innovation

And, if there’s an even more generalized statement to make, perhaps even a leapy one, it feels like we are at a time when subtle but pervasive and widespread innovation means gaps can once again open and one can be left behind if they do not keep up.

A simple anecdote is that charging your electric car at home costs 10 times less than filling it up at the gas station, a taxi driver said.

There will be electric planes soon, maybe even next year, with this transition requiring significant infrastructure that is too gradually rolled out for one to feel what is in effect a transformation.

A more significant one may well be what can be described as the computerization of everything.

This is even more difficult to feel, not least because much of it is not seen, and some might seem gimicky. TikTok on your fridge? The bitcoin mining toasters obviously never worked out. Hey Google or Hey Alexa seem more useful for Turn Off than much of anything else.

But, there are long queues that are no longer there. At the ticket line, or border checkin, or the supermarket, train station, nowadays even in concerts where cash is replaced with bracelet contactless.

This isn’t something that would show in figures and even if it does, it would be negative as it should increase unemployment, but we are at full employment.

Silly as it might seem, TikTok entertainment is higher complexity. You need little thinking to give a ticket, but quite a bit more to come up with a nice video that others want to watch, not least because there is no strict manual for the latter.

In addition everyone can, and many want, to make a video. In effect that means that in our day there are no borders as such, at least at some level. Everyone is in everyone’s bedroom, and that means that at a social level, and a lot more than before, society is becoming one.

For all of this, different parts of the globe, and even within a city, are at different stages. You probably won’t find an electric car charging point on a lamp in Hackney, but you will find them in Knightsbridge.

That might seem small, but there are so many such changes and in all industries to the point governments can not afford any distractions any longer because the cumulative effect of all this ‘unfelt’ innovation can amount to an industrial revolution with the potential result being that some move fast and others are left far behind if they do not move too.

Many of these innovations moreover were until recently of a blueprint, prototype, or of a very first version nature.

Now they are more of a matter of applying and refining, which may well suggest the visible differences we will see around us will increase this year.

More importantly, the rise of the creative class – a very broad umbrella from coders to sci-hub ‘scientists’ to Youtubers – may well increase the changes we see and the level of innovation as our economy can now very clearly afford far more lateral thinking positions as opposed to manual processors.

The real innovation we don’t see therefore, the one being created now, is even more crucial as the environment is right for such innovation and we can’t possibly know its nature.

That raises the question of whether some of this creative class that is on less stable grounds – freelancers, self-employed, and even influencers – should be given a favorable tax treatment.

The argument against it by some is obvious in that no one needs another Twitter hot take. However, if you move from the premise that ideas rule the world – and we do think so – then presumably the more that are engaged in the matter of ideas, the better.

Not least because this is probably the real advantage the west has: a lot more people willing and free to engage in the matter of ideas, across all fields.

And as our economy changes, as our society changes, the importance of this creative class increases, but to avoid some traps, if we assume they are a public good, then they should be treated as a public good.

You can of course just leave it to the market, but universities have a preferential treatment, the BBC has a TV license, while freelancers don’t have sick pay, maternity leave, four weeks of paid holidays, or much of anything.

They tend to have freedom of movement however, with digital normads now being a thing – people that move to another country to work from home for pleasure or for other reasons.

This liberty will itself force eventually some sort of jurisdictional competition to attract this class, not least because they may well be the future.

The biggest change as we welcome this year however is a sense that we have come out of some shocks, and now maybe we’re in for a quieter period.

That may turn out to be very different, of course, but there’s some overall stability in the west. Joe Biden, the US president, has returned some normalcy and may maintain it for another maybe six years.

Macron was just returned as president, so France will keep moving sensibly overall. The German coalition has done alright so far and seems stable. We still don’t hear much of Italy, but that’s good in some ways as some thought we wouldn’t hear much good.

Europe overall seems more united and with a sense of direction. Trouble may always brew of course, but the people overall may be a bit tired of trouble.

Or managed chaos as some may call it. There has been a bit too much of that, so tolerance for it may have decreased significantly.

The people now instead want to admire the greatness of man in innovation, in science, in industry, in the arts, and in influencers too.

That seems so obvious to the point one has to ask whether it hasn’t always been the case. The answer until recently has been no because there have been problems of governance, so such luxuries could not be afforded.

And while the government doesn’t and can’t recede to the background because it has too much power, it is arguable that its influence on society and culture – at least where feels are concerned – is rebalancing.

That’s the great story, at least in narration, to welcome the year. Reality may tell a different one as it unveils, but in many ways these do seem like a time that afford us the ability to both enjoy and have greater focus. Far more than it used to be the case anyway.