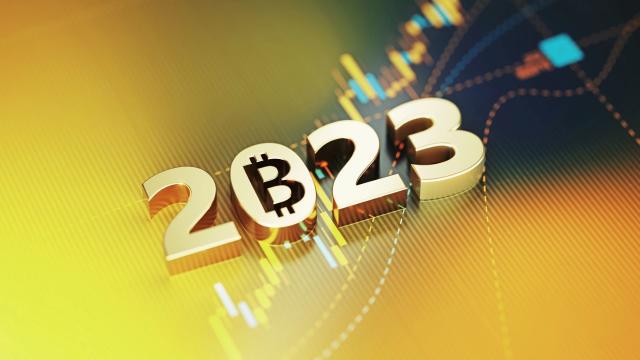 Bitcoin moved a tiny little bit today by $100 to $16,700 after no movement at all on Christmas day itself or since.

That straight line for now nearly two months has actually been moving in a slightly upwards direction from $16,300 for the candle the week after big red on November 7th.

If there’s a recovery, upwards quietness might be its nature. Something like a very straight line, but slightly up to $18,000, with it still keeping straight, but ‘never’ seeing $18,000 again.

It did something similar in 2015, the ‘PayPal’ pump. The dive in each case convinced all that bitcoin was actually dead, it was never going to go up again, and so it just kept straight lining very slightly up.

That makes it very boring for traders, although nowadays there are options so you can benefit even from a $100 movement.

Without options, one way to trade it was to low margin long hodl for months and even 2-3 years. The problem always being that you’ll probably get liquidated more than you can hodl.

The better strategy may be to just spot hold, but this goes on for so long that you might need those savings and so you sell low.

That’s if anyone is even paying attention. The amount of people that say they used to have bitcoin, but not anymore, is surprising.

Do they now think it is too low? Well, for most of them the answer is they don’t think about it at all.

Usually therefore this sort of year is the ‘bitcoin doesn’t exist’ year. It is nice in some ways because first of all crypto people actually talk to you, and you can ask difficult questions without some crowd shouting because they worried it might affect the hype.

There is no hype. Arguably there is no price either because many cryptos are down 90% or even more, so what price.

There do however tend to be new projects. At this stage they’re somewhat rare, and so people tend to have more time for them. Hype doesn’t fly as well, so they tend to be grounded.

And so usually we have a reversal. Most cryptos one might have bought during bull become a graveyard. While some new coins are almost completely ignored while quietly upwarding until you remember you could have bought it at whatever.

Making it all sound like a game and the past of course doesn’t predict the future, but we are very much at the bust stage of the bull and bear cycle.

If there is another bull therefore, then there might not be enough hype for old hyped coins when there’s new hype for new ones, excluding bitcoin and eth of course.

There is Cardano that bucked the trend and Dogecoin, but Litecoin didn’t return after making a comeback the previous cycle. Many 2017 bull coins we can’t even recall.

Cardano or Dogecoin or Litecoin did not do what they did just because of some cycle however, at least arguably. Cardano kept shipping code, Dogecoin was shilled by Musky, while Litecoin in 2017 was pumped by bitcoin maxis that pretended it was their testnet by getting segwit out there first.

The proposition of new hype therefore crowding out old hype depends on the project itself and maybe, since we can’t predict the future, on whether there will actually be hype worthy new projects of many.

Andreessen Horowitz (a16z), the Silicon Valley VC, naturally thinks so. They recently received some 9,000 applications for their Crypto School. Some new projects therefore will come from there.

“You might call it a code-u-copia,” they said in pointing out some new tools. Zk tech features somewhat prominently, of course, and the big unknown at this stage is whether this tech will actually scale anything in a proper manner.

They start rolling out this year, so we’ll see. It’s during bear, so they will probably be scrutinized properly with no hold backs, as they have to because if they really get adopted, then they’ll hold tons of money.

If any of them does get adopted to a meaningful sense, then there might be room to talk about potentially the end of cycles because one of our theories is that the bear comes not just due to boom and bust, but because utility or the network becomes completely congested to the point it is unusable, so people leave.

If that is addressed, then we can see whether it is the boom and bust, or at that point the hopefully unbusted infrastructure.

Another unknown at this point is whether bitcoin does really rule. It is the biggest, more than twice the market cap of eth, and most crypto investors don’t know much more than bitcoin is code money.

They recognize the name ethereum nowadays, although for some strugglingly, but almost no one knows what is Solidity and actually we have not yet found one in the wild that does, including people that say they are coders.

It is therefore probably still the case that eth developments can be attributed to bitcoin, but that used to be the case anyway so the fundamental change in eth’s supply should still reflect.

So far it has in the ratio maintaining good grounds, but does this change in itself have the capability to change sentiment and even hype sometime this year out of sync with the bitcoin cycle?

In addition for some reason bitcoin miners seem to always get $30 million a day in fiat regardless of however much they get in bitcoin. That’s in 2015, 2018, or now.

The halving therefore obviously has an effect, but it is based on the premise that demand remains at least the same.

Since bitcoin is the better known and bigger in market cap – although maybe not if you include all the eth tokens as well which pay gas – then it may be the case bitcoin drives general demand.

But this was the case prior to eth’s supply change too, and so it should and it has had a rebalancing with bitcoin.

Yet can its supply change alone drive demand or bullishness even if bitcoin’s sentiment is not quite bull?

In theory, and if the bitcoin or the crypto sentiment is at least neutral. If it’s negative, then the change in demand has to be repriced, but if it is neutral, that suggests demand remains the same, and so eth should rebalance with the big question being of course whether that has happened already and whether it has been to a sufficient extent.

On the downside, beyond the obvious unknowns of a blackswan, there isn’t much. We don’t see any real price related risks on the regulatory front. Here actually there may be positives in Hong Kong potentially opening up to crypto as a gateway to China.

The macro risks have also largely subsided. Inflation is on a downwards trend and it has to be up by 15% this month for it to show the same inflation rate of 7.5% as January last year. So it will probably largely continue the downwards trend.

On interest rates, we may get another raise of 0.25%, but at this stage the focus is probably more on when will they start cutting interest rates as they have targeted an above neutral rate.

Little can be predicted on geopolitics, but the only seeable risk is the returned Benjamin Netanyahu of Israel doing something stupid to their little neighbors so that he can keep ruling forever, and since both are far too small on the global stage, markets probably won’t care anyway.

The more obvious of Russia-Ukraine seems to be largely contained, so it is not easy to see any market moving event there considering Russia has largely been cut off from Western economies now anyway.

Making this year quite different from last when we were at highs and now we’re at lows. So although this probably won’t be the crypto year as such where the public is concerned, it may be an opportune year.

It might also be the year when MT Gox holders finally get back their coins, about 135,000 BTC and half a billion dollars in Yen fiat, the yen that has crashed against the dollar for one last goxing.

The distribution might happen this spring, which is when the eth staking unlock might go live too. That will allow stakers to bring to market their yield, about 1800 eth a day worth $2 million, or 90% less than bitcoin miners bring to market a day.

They’re significant events, but will the OGs buy with their fiat or sell with their crypto? Will the stakers hold the yield, especially during bear?

They will provide some volatility regardless amid all them horizontal straight lines as the focus hopefully now moves more towards the upside than downside.