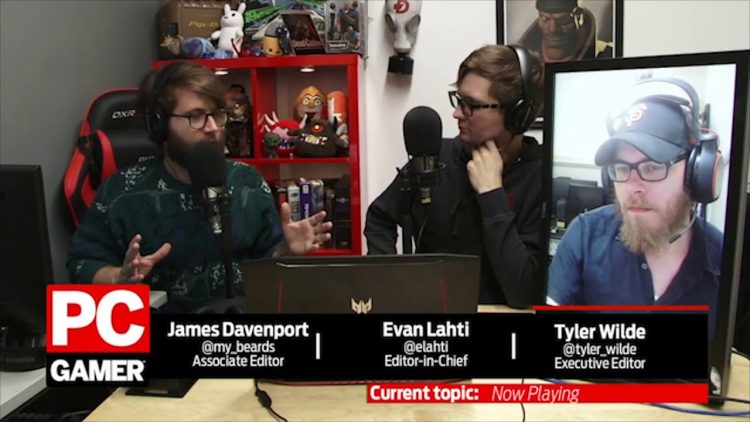 The death of NFTs has been announced by none other than PC Gamer, a paper we thankfully never had the pleasure of coming across. Or rather by its Editor, Tyler Wilde, who states he loves the monopoly of Steam.

“I think the internet’s NFT bullying has had an effect on mainstream game publishers… Even if it hasn’t, though, maybe making fun of stuff online is something we do for each other, to remind us all of what’s real and validate the overwhelming feeling that it’s all very stupid,” Tyler Wilde of PC Gamer says.

This pronouncement is somewhat intriguingly made during what for NFTs is the same period as the first ‘deaths’ of bitcoin were ‘announced’ back in 2010-11.

NFTs in the current form are a very new invention, launched in just 2021, and are going through their first bear which is potentially a ‘death’ test, but the data is interesting.

The market cap for NFTs has remained somewhat stable at about 10 million eth, while volumes have also stabilized since June.

Most remarkably, the bored apes are maintaining a very stable price against eth, or at least have done so far.

As a completely new class during the first bear and disillusionment, as indicated by this gamer article, you’d expect a significant plunge in value.

That has been the case in fiat, but maybe only because eth fell. In eth, this trades for more eth than it did when eth’s price was $5,000.

Curiously, BAYC even had an attempt to maintain its value in fiat by increasing in eth, until the Terra collapse in May when crypto sentiment overall plunged.

What this means exactly at this stage remains unclear because no one can say whether its value in eth will drift down or otherwise, but its auction nature may well bring in new mechanics, and thus potentially a new asset class.

NFTs as of now therefore do not quite seem dead, but a very open question mark, and if they are ‘dead’ as such in a straight floor price, then arguably it is a good sort as they’re maintaining value against eth.

But Wilde has an interesting statement to make, albeit somewhat difficult to decipher. He says:

“I think NFTs inspire so much repulsion on social media because they seem to corrupt something that people actually do want.

Sameness is everywhere in this era of mass production, and what started on assembly lines was near-perfected by computers, which can duplicate data near-instantly.

From that perspective, the scarcity and uniqueness of NFTs might be seen as subversive: They’re pushing against the current of history.

It feels like something could be cool about that, somehow. But not this how.

While individual NFTs are unique, the obvious goal of corporations is to do what they always do and mass produce that uniqueness.

The majority of NFTs are just another kind of mass-made plastic tchotchke, or commemorative gold coin like the ones sold on TV at 2 am.

They contain nothing that’s good about handmade, one-of-a-kind items; all they do is irradiate the concept with high-grade art collector snobbery and Beanie Baby-style financial speculation.

What is a “Web3 fan” but a fan of buying and owning things? Isn’t this about art?”

Uniqueness is subversive. That’s a very good slogan, yet his problem appears to be that you can mass produce uniqueness, which sounds like a contradiction, although arguably the universe does it.

Presumably his argument is that this isn’t one Mona Lisa by the hand of Leonardo, but hundreds or thousands different versions of Mona Lisas produced by a computer or an artist, and often both.

And? Well, presumably his problem is that brands are doing it or corporations, and in there we have to presume they have an agenda to manipulate us.

Even assuming the worst intention, NFTs have nothing to do with that sort of problem: that brands can advertise or mass produce or try to brainwash you into mindless NFTs as he might imagine.

Not least because everyone can do NFTs, even the starving boy in Africa if he had a computer and knew how to do them. If there is any leveling or hierarchy, therefore, it is not of the technology for the technology itself is very flat.

He provides no other arguments against NFTs, except environmental concerns, but they no longer apply now that ethereum is Proof of Stake, and almost all NFTs run on ethereum.

Not So Empty Hate

So why is he cheerleading the haters? Well, we can assume the worst as well. He is writing for a corporation afterall, with Future Plc owning PC Gamer and Future Plc is publicly traded on the London Stock Exchange.

Just what relationship these news corporations have with gaming studios is probably a matter for books, but there was an entire gamergate episode that can lead us, while assuming the worst as he does, to suggest that maybe Wilde is protecting something like Steam.

Maybe in fact this ‘internet’ is just Steam sockpuppets, or more probably some black or white marketing agency that specializes in ‘internet’ forming.

This near monopoly game distributor has potentially even total power over the gaming market, and of course it does not like NFTs because Steam gets a 30% cut from the sale of all games.

In fact the owner of Steam, Valve, updated their rules over a year ago to disallow “applications built on blockchain technology that issue or allow exchange of cryptocurrencies or NFTs.”

We can all guess why. You can sell or buy NFTs without going through Valve, and so in effect Valve pretty much ceases to exist, just like that.

Because their entire business is to be the payment processor for the game, the permissions granter. If those payments or permissions are done on the blockchain, they have no business.

As it happens however we do not quite have to assume the worst because astonishingly this Editor states:

“I do think PC gaming has quietly (and sometimes loudly) endorsed a Steam monopoly. For all of the virtue that PC gamers and this publication proclaim about the platform’s openness and freedom of choice, I think it’s also understandable that so many of us value the predictability, convenience, and centralization that comes with Steam’s dominance.”

We thought we were in for a nice debate. NFTs are new, there’s plenty to discuss, to critique, to analyze, and words afterall are our business so who wouldn’t like a nice debate.

We do however assume certain things, like monopolies are bad, and we are not at all interested in a debate on that sort of matter.

If the domination of the gaming industry by one corporation (weren’t corporation’s bad?) is your schtick, then one does understand why in some other contexts he says corporations are bad because only a corporate cubicle monkey can use his microphone to tell the public to love a monopoly.

This NFT hate therefore clearly has nothing to do with NFTs as such. Instead, we were wrong to assume that only banking would feel threatened by these new innovations as the tech monopolies and semi-monopolies have instead been or become the biggest antagonists because they know the law can do nothing about them, but code can fight code.

Far more than Jpegs, therefore, NFTs to some extent are the disruptors of the disruptors who  have now become dominating and dare order us all around.

NFTs are a liberating force because they remove art, gaming, even ticket sales or entertainment, from walled gardens to the common public blockchain.

They remove hierarchy, at least for now and maybe some decades, and open the gates that these guilds have built from the ashes of the brick and mortar stores they destroyed.

But what unites them all is that they are free, as in freedom. They are on our computer, literally, on our nodes. We are the platform. We are the ones that dominate ourselves.

With time that might change. Intermediaries may come, but for now we have a brand new commons for a great public party where the haters so fortunately can just be dismissed as Steam lovers.

That’s while we carry the banner Subversively Unique, and proudly, in an ace description of just what NFTs are and why some agenda pushers hate them.