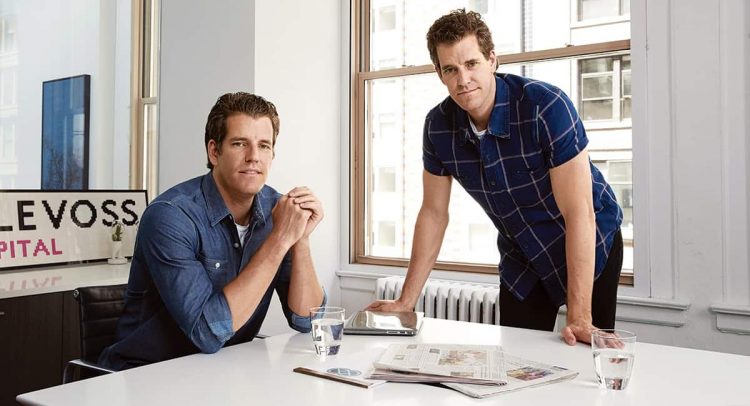 Cameron Winklevoss, the founder of Gemini, has accused Genesis, its parent company the Digital Currency Group and its CEO Barry Silbert of outright fraud.

In an open letter, Winklevoss said Gemini and its 340,000 Earn users have been defrauded.

Genesis claimed to be solvent when they actually weren’t, Winklevoss said, “inducing lenders to continue making loans to Genesis.”

Genesis lent $2.36 billion to Three Arrow Capital (3AC) which collapsed this summer. The collateral was not sufficient to cover the sum, leaving Genesis with a loss of $1.2 billion.

Genesis then claimed DCG has assumed these liabilities, but Winklevoss says that was false, stating:

“In fact, DCG hadn’t given Genesis as much as a penny of actual funding to make up for the 3AC losses. Instead, DCG entered into a 10-year promissory note with Genesis at an interest rate of 1% – due in 2032.”

Winklevoss further said in an email to Gemini employees by Matthew Ballensweig, then Head of Trading and Lending at Genesis, Ballensweig stated the losses had been absorbed by and netted against DCG’s balance sheet, “leaving Genesis with adequate capital to continue.”

This was “false and misleading,” Winklevoss said as DCG had not absorbed losses, they had just given a promissory note – a piece of paper stating they’ll give them $1 billion in a decade.

Winklevoss further accuses them of accounting fraud as in a balance sheet by Ballensweig the promissory note was put down as “Current Asset” and it was valued at $1.1 billion.

A current asset refers to cash, cash equivalent, or other assets that can be exchanged into cash within one year, Winklevoss said, not a promissory note.

He further claimed no one would value the promissory note at its face value of $1.1 billion, giving it instead a value of $300 million.

Winklevoss further said Genesis’ losses were due to greed as they were willing to “recklessly lend” to 3AC because they were using the money for “kamikaze Grayscale net asset value (NAV) trades.”

That is Genesis was willing to lend funds, bitcoin mostly, because they were used to buy Grayscale shares which were then used as collateral at Genesis to potentially get more bitcoin and so circle the shares again.

This amounted to a swap, Winklevoss claims, where bitcoin were given for shares with Genesis taking a bet that the shares would be worth more than the coins.

A discount developed however, which partly contributed to 3AC going under, and so Genesis is now pretty much bankrupt.

Beyond the fraud accusation, the more interesting part of this letter is that Winklevoss does not threaten with court action, but instead asks for the removal of Barry Silbert as DCG’s CEO.

He says a new management will allow them to work together to achieve an out of court solution, but “there is no path forward as long as Barry Silbert remains CEO.”

Shareholders of the Grayscale Bitcoin Trust (GBTC), which is also owned by DCG, have revolted against Barry Silbert with 20% of the total shareholders signing up to change management.

Winklevoss joining them makes this an interesting twist, but there is no resolution for Gemini Earn customers as of now. Instead they’ve received an email informing them the Gemini Earn program has been terminated.

This leaves DCG in a difficult position because a fraud allegation is fairly serious and Winklevoss claims to have evidence in regards to the balance sheet.

A promissory note is obviously not current assets, with there being numerous laws about an insolvent company knowingly continuing to operate, especially in a situation like this where there were new loans.

Some of those laws allow for creditors to go after the personal assets of the management, like Barry Silbert’s house or whatever he might have, making the fraud allegation serious.

Yet whether DCG will grant Winklevoss what they want is unclear but this sounds like a matter that will rumble on with it unlikely to have much of an effect on the market because where creditors are concerned, it’s just $2 billion, and where GBTC is concerned, the assets are in a Trust under the custody of Coinbase.

The losses therefore are not that serious where the market is concerned, but obviously for the individuals involved, that’s a different matter.