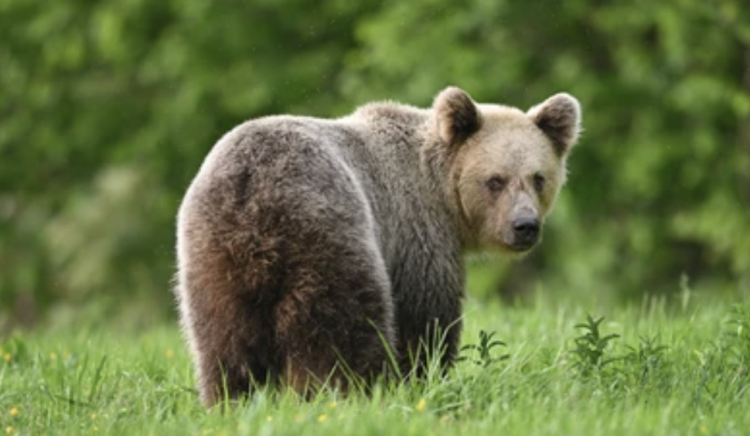 A bear looking back as he leaves

Bitcoin has risen above $18,000 while ethereum took $1,400, raising speculation that the bear is coming to an end, at least the worst of it.

This has been the longest bear market in history, lasting 425 days, just over two weeks more than the 2014 bear.

The current bear market began on the 10th of November 2021 when bitcoin’s price reached $69,000, and if it has ended is unknown, but as of 10th of January it has been the longest  bear.

The 2014 bear was the worst with it following the MT Gox collapse, then almost the sole bitcoin exchange, leading to the bankruptcy of one million bitcoin with circa 135,000 BTC to now be distributed around September this year.

The 2018 bear was a peculiarity in as far as there was no notable event to kick it off or sustain it. No major hack, or bankruptcy, neither initially nor thereafter.

That was instead an infrastructure bear as both the ethereum and the bitcoin blockchain got clogged, or of course if you believe in the halving cycles, then it was just the second half of the cycle.

So it did not last long, though it is still the second longest bear so far in part perhaps because it had to clear out a different sort of fraudsters.

Interestingly the 2011 bear, kicked off by a hack of MT Gox, did not last long at all by comparison even though that almost actually killed bitcoin due to a loss in confidence on whether it actually works at all.

Folklore has it 2012 was the worst year for bitcoin with almost no one remaining, but ancaps and few rare techies.

It is also that year when Silk Road started, the digital drugs bazaar that was the first to use bitcoin as a unit of account at some scale.

Since bitcoin found a floor in that 2011-12 at $2, that it was alive was revealed to some of the public – mainly students – in February and March 2013 when the then leets Reddit became a festive atmosphere as someone was tipping bitcoins around, including one tip that was then worth $2,000.

With that new base, and by the very fact it continued to exist, bitcoin climbed up the awareness ladder with only the Queen of England left to utter the words. Now that she has gone, the King has mentioned bitcoin, and therefore the currency has reached global awareness by this measure.

Another potential reason for the 2018 bear may have been the monetary tightening, which turned out to be temporary.

Fed began to raise interest rates in 2018, with most assets falling that year, including stocks.

Fed however paused and then reversed its monetary tightening around the end of 2018, returning stocks to bull in 2019, but bitcoin maintained a lackluster performance in that year.

But, it did not cross its all time high, while stocks did and went on to new highs all the way to 2022.

Now too Fed is coming to an end of its rate rises. The economy seems to have withstood it, so stocks may well go up and maybe even touch or cross all time high this year if growth continues.

Will bitcoin keep up? The definition of keeping up now may have changed. Previously, since bitcoin’s price was little, the focus was on all time high with movements in between kind of ignored, so 2015 and 2019 is seen as flat.

Now in this trillion dollar market however, the difference between $20,000 and $40,000 might be considerable because of the number, and because it amounts to a doubling.

So while bitcoin probably won’t cross all time high this year, it might hit $50,000 and maybe end the year above $30,000, which if it does, would make it a pretty good investment at this point.

For ethereum, in theory the currency ‘should’ have gone to $20,000 because until 2021, it kept up with bitcoin in the price number, though four years delayed.

Yet ethereum clearly hasn’t quite kept up with its ratio against bitcoin below half that of its all time high in spring 2017 of 0.16 BTC.

It had a terrible bear last cycle, but this cycle it has maintained value and enters what might be the very early start of a bull in a pretty healthy state.

That might be in part because its supply is now fixed while previously its inflation rate was 2% higher than bitcoin.

That might seem like a small sum, but it translates to billions of dollars a year, with it now reversed because bitcoin has a circa 2% higher inflation rate until the halving next year, and even then it would be 1% higher while eth might even go deflationary.

All of which suggests on a very speculative basis that one can’t rule out a potential all time high for eth this year, or near there maybe $4,000, and maybe just at some point or in a sustained manner as it may be.

One might ask what would then that leave for 2024 or the bull year. Well, it may be that volatility is more sustained this time, that we have more waves.

For bitcoin to crack $100,000, it probably would be quite difficult if it heads that way at all.

That’s a transformation of the asset in some ways and partly just because it crosses that number as it would be difficult at that point to not take the crypto seriously.

We did get pretty close to it however and plenty still don’t take it seriously at all, but not in finance.

The chief competitors, bankers and traditional finance, have largely embraced crypto, in actions if not in words for some of them.

In some ways that makes sense because they best understand the monetary system and finance more generally and therefore can more clearly see what bitcoin offers.

For the wider public, even traditional finance is some tower somewhere, let alone this new crypto stuff which they so conveniently dismiss as [enter 2014 talking points here].

The techies however you would have expected to be natural allies, but they’ve actually turned out to sort of be what one might have thought the bankers would be.

They’re kind of stuck on the Bill Gates 90s moment of ‘I’ve got a cassette that can record the TV, so why do I need the internet.”

Or as they keep saying ‘it’s a problem in search of a solution,’ and ‘my database can do this so why do I need you.’

Well, because some don’t want you or your manipulatable database, but these talking points hide the real reason for their animosity: crypto and the blockchain disrupts them, their monopolies, and their intermediation.

Bitcoin therefore is both taken seriously and is not and even above $100,000 that may continue, but it remains to be seen how the bull part of the cycle may change even though the bear part has not changed at all this cycle.

Bulls as they say climb a wall of worry and, though that would be a nice problem to have if the bear has ended, both the wall and the worry may be more intensely speculated this time because the sums are nearing proper global asset proportion with cryptos potentially headed towards the gold market cap.

That’s $10 trillion and some put it higher, not least because new gold keeps being mined and found.

Or maybe even it flippens gold though the integration infrastructure with finance might be slower to build than we’re used to digitally as it is old and conservative.

It is being built though, and growing, which is a significant change, so the market is probably there.

But whether the bear has indeed ended remains to be seen although it is difficult at this point to see what else is left to be cleared out with only GBTC potentially having some speculative potential for bears.

That, however, has the assets or at least the assets aspect is not part of the speculation, so why does the market really care.

The bit that had to be cleared out – dumbs playing fractional reserve with a fixed asset or completely experimental ‘stable’ non-coins and intermediaries messing up while ‘humanly’ copycatting actual innovation in defi – appears to now have largely cleared out.

So sentiment may be changing. Slowly, but there is now speculative potential for up, when there wasn’t really.