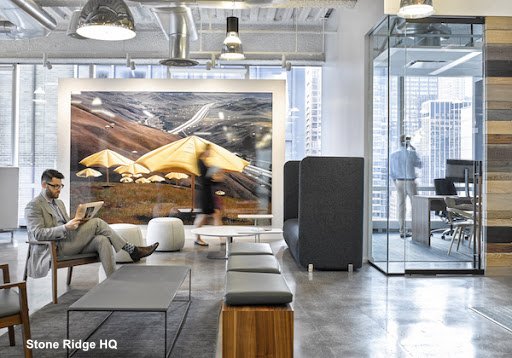 NYDIG, a branch of the Stone Ridge Asset Management, has sold close to $1 billion worth of bitcoin through its numerous funds.

The biggest by far is the NYDIG Institutional Digital Asset Fund. This is up by more than $30 million in the past three months to total $753 million.

The FS NYDIG Select Bitcoin Fund has increased by $7 million since April to $133 million as of this Friday.

Then there’s the NYDIG Private Bitcoin Fund. This is offered by JP Morgan to its wealthy clients, seeing little moves – just $200,000 by one new investor since August – to $31.56 million.

Further funds that have seen some movement include a $2 million addition since August by the FS NYDIG Bitcoin Fund I to $24.56 million.

The NYDIG Private Bitcoin Cayman Fund, which is also offered by JP Morgan, has increased by $1 million to $13.37 million.

And the NYDIG Bitcoin Fund has seen a $200,000 increase by two investors to almost $20 million.

That brings the total to $975 million invested in all these funds with an increase of $40 million, mostly in the past three months.

NYDIG offers only bitcoin through its funds. Some of the major global banks, including Wells Fargo, Morgan Stanley and JP Morgan provide access to these funds for their wealthy clients as they are unable to offer bitcoin directly.

This $1 billion sum makes NYDIG one of the biggest bitcoin manager. They started out in 2017, but the institutional fund went out only on the 26th of October 2018.

All the others are a lot newer, most starting out on the first of September 2021, while the Select fund launched in April 2021.

The offers through JP Morgan therefore and other banks coincided with the top of the bull market.

Now that we might be coming out of the peak of the bear market, this new and little used infrastructure may provide easier access to bitcoin, and only bitcoin so far. Allowing thus potentially for new gains on the previous all time high.